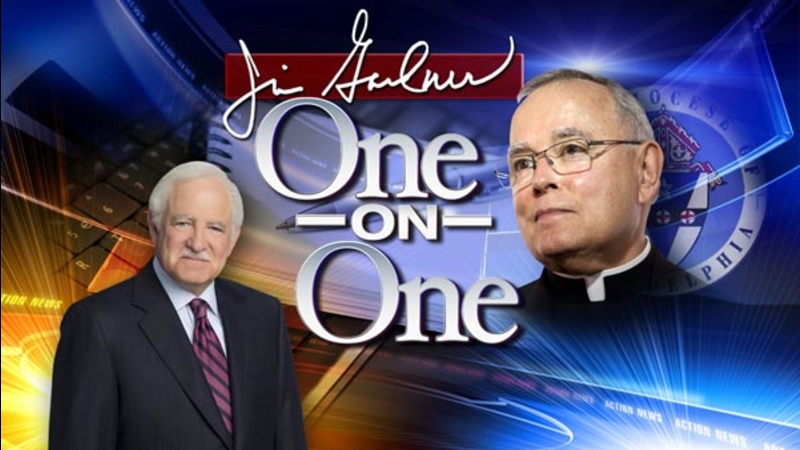 PHILADELPHIA (WPVI) -- This is Part 2 of my One-On-One interview with Philadelphia Archbishop Charles Chaput. Click here to view Part 1.

I spoke with Archbishop Charles Chaput at the magnificent Cathedral Basilica of Saints Peter and Paul.

We appreciated his hospitality and we came away with the clear impression that he does not accept the increasingly popular portrayal of him in the media as an arch conservative who objects to what some call the more progressive views of Pope Francis.

Some experts on the church claim Francis is encouraging debate on making divorced and remarried Catholics and gay and lesbian Catholics feel more welcomed by the church.

As one journalist characterized the pope's view, 'we should bring the church to them now, and worry about making them more worthy later.'

"We don't trick them into the church and then spring the teachings of Jesus on them. It's not an appropriate way to do anything. Jesus never did it himself He was always very clear from the very beginning about the cost of being his disciple," Chaput said, adding, "He said 'if you're going to follow me, you have to take up your cross and follow me.' He didn't say 'follow me and I'll talk to you about those difficult things later.'"

I asked, "Where is the word reform relevant in terms of the Catholic Church and what you might be talking about at the World Meeting of Families?"

"The word reform in Catholic tradition means conversion which means we reform our life after the pattern given to us by the gospel. That's simply what it means. It doesn't mean that we exchange the teachings of Jesus Christ for the teachings of the current age. We believe that Jesus is God become man and that what he says is true and we change ourselves rather than his teachings," Chaput said.

They believe the American Catholic church has struggled to keep the flock engaged because it failed to adapt to modern lifestyles.

"I think polls are very important so we know where people stand, but the Catholic Church is not a church whose teachings depend on polls. Only one constituent that matters and that's Jesus Christ. So if what the people ask for is that the church be more faithful to Jesus Christ, I'm all enthusiastic about it. If the polls tell me we should teach differently than he taught, I'm not interested in it at all," Chaput said.

We await to hear the fate of 14 more parishes. 47 have already been closed as Chaput works to close the archdiocese's deficit.

For many communities, it will be heartbreaking.

"Everybody that I've talked to, even those who are angry with me because we've closed their parish, say that mergers need to take place. People have moved, people don't go to church anymore, we can't keep open buildings that we don't need. The problem is they want me to pick their parish as a place people move into rather than another one," Chaput said.

"Are you absolutely confident that there is not one priest in the archdiocese who is currently abusing children?" I asked.

"If I knew there were that person would be removed. We are human beings, as far as I know there isn't a single person in our parishes, schools, public ministry, who has a history of abusing children," Chaput said.

I wondered if Archbishop Chaput is disappointed that the pope hasn't appointed him a cardinal yet, after almost four years on the job.

He replied that he is not disappointed and even if it never happens, being Archbishop of Philadelphia is privilege enough as is. 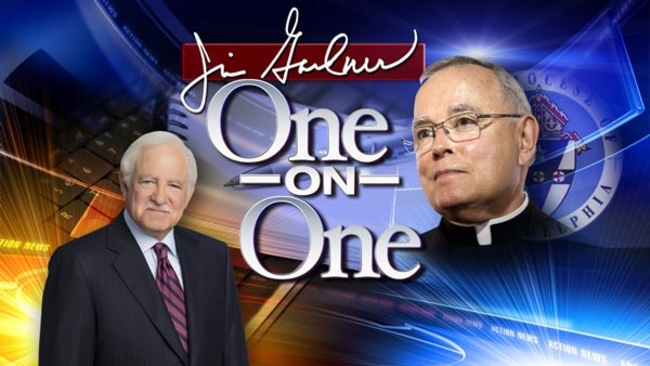