Speaking up for the disenfranchised, pope reaches out to all 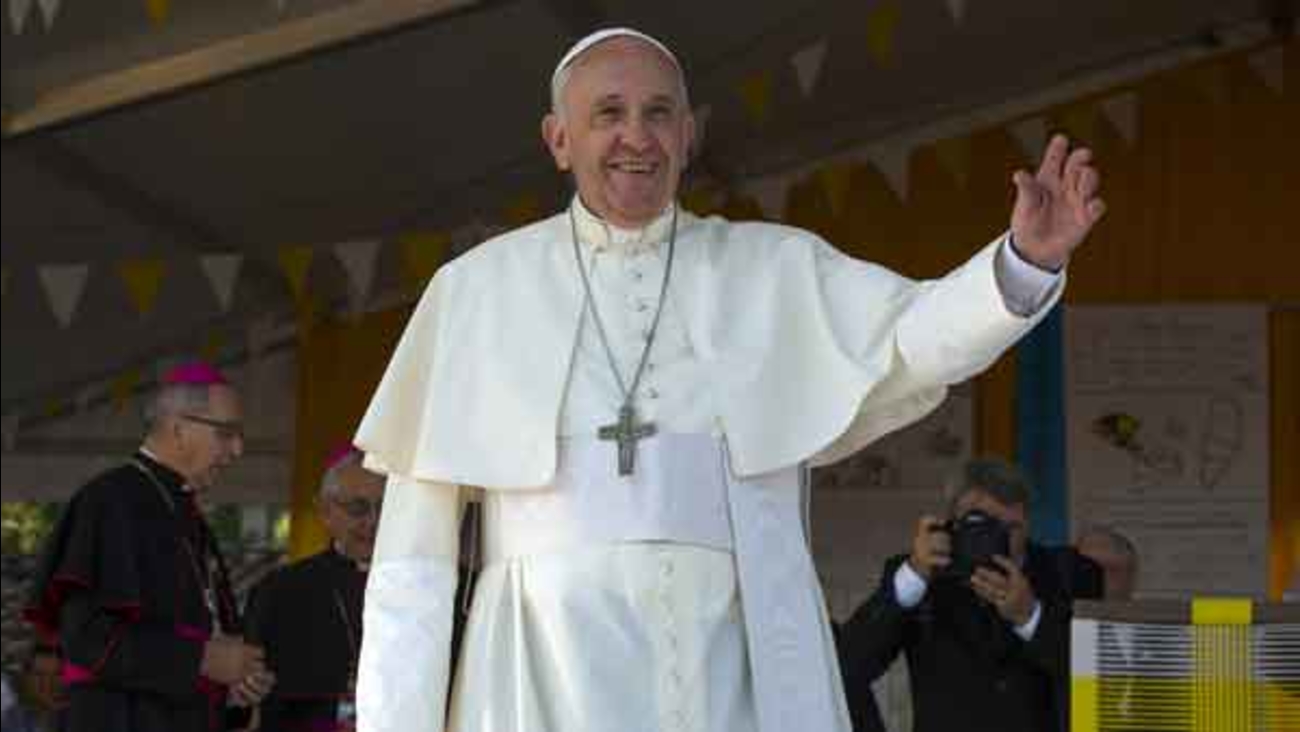 In this photo taken on Sunday, July 12, 2015 Pope Francis waves as he celebrates Mass in Asuncion, Paraguay. (L'Osservatore Romano/Pool Photo via AP)

ASUNCION, Paraguay -- Pope Francis reinforced his place as spokesman for the world's disenfranchised Sunday by visiting a flood-prone slum to encourage its landless and insisting the Catholic Church be a place of welcome for all - sick and sinners especially.

Francis ended his South American pilgrimage with a huge Mass and words of hope and faith for young and old. But the political, anti-capitalist message he left behind may have a more lasting punch.

On the final day before flying off to Rome, Francis sought to offer a message of hope to the residents of the Banado Norte shantytown and to an estimated 1 million people gathered for his farewell Mass on the same swampy field where St. John Paul II proclaimed Paraguay's first saint nearly 30 years ago.

"How much pain can be soothed, how much despair can be allayed in a place where we feel at home!" Francis said.

The stage for the Mass was a remarkable sight: A huge triptych with the pope's Jesuit insignia over the central altar, flanked by images of his namesake, St. Francis of Assisi, on one side and the founder of his Jesuit religious order, St. Ignatius Loyola, on the other. The entire structure was a mosaic, an ode to the role Jesuit missionaries had in Paraguay, made out of 40,000 ears of corn, 200,000 coconuts, 1,000 squash gourds and many, many dried beans.

Artist Koki Ruiz told The Associated Press earlier in the week that the scene was an "homage to the ancient Guarani aborigines who respected Mother Earth."

Francis has emphasized care for creation and its most oppressed people during his tour of Ecuador, Bolivia and Paraguay. He drew cheers when he arrived at the start of the day in the Banado Norte shantytown on the banks of the River Paraguay saying he couldn't have left Paraguay without visiting, "without being on your land."

Many residents of Banado Norte are squatters on municipal land who have come from rural areas in the northeastern part of the country where farmland has been increasingly bought up by Brazilians and multinational companies. Residents argue they should be given title to the land because they have worked to make it habitable with little help from the city.

"We built our neighborhoods piece by piece, we made them livable despite the difficulties of the terrain, the rising of the river and despite public authorities who either ignored us or were hostile to us," resident Maria Garcia told the pope.

Francis said he wanted to visit the neighborhood of shacks of plywood and corrugated metal to encourage the residents' faith despite the difficulties they encounter. In addition to the lack of services, heavy rains regularly burst the Paraguay River banks and turn Banado Norte's dirt roads into impassable pools of mud.

Francis said he wanted "to see your faces, your children, your elderly, and to hear about your experiences and everything you went through to be here, to have a dignified life and a roof over your heads, to endure the bad weather and the flooding of these last few weeks."

Some of the estimated 100,000 residents shrieked as Francis walked by, reaching out to touch his white cassock and snap a photo with their cellphones.

"Now I can die peacefully," said Francisca de Chamorra, an 82-year-old widow who moved to the slum in 1952. "It's a miracle that a pope has come to this muddy place."

Francis left a final message before he left: Stir things up, but then take responsibility for what you have done.

It was a modification of his famous exhortation in 2013, when in Rio de Janeiro he told a church full of Argentine youths that he wanted them to "stir things up" in their dioceses by going out to the peripheries.

Francis told tens of thousands of young people gathered in Paraguay's capital Sunday that a fellow priest once told him that encouraging youths to disrupt things was all good and well, but that later others had to clean up after them.

So Francis said he was correcting himself.

"The mess that young people make, we then have to clean it up ourselves!" he said to roars of laughter. "Shake things up, but then clean it up and fix the mess that you've made."
Related topics:
religion & spiritualityreligionpope francisu.s. & world
Copyright © 2021 by The Associated Press. All Rights Reserved.
TOP STORIES
Tornado Warning for Bucks County, Pa., Mercer County NJ
Tornado watch vs warning: What's the difference?
Police seek to dispel rumors about house explosion
Woman killed in Center City during hit-and-run spree identified
Montgomery Co. recommends universal masking in schools
Federal workers required to get vaccinated; military may be next
TikTok star on life support after movie shooting that killed friend
Show More
Car split into two in Maple Shade, driver walks away
Nationals COVID outbreak: All but 1 were vaccinated
Hurts, Sirianni have plenty to prove at Eagles camp
USA's Suni Lee wins all-around gold
NJ woman hospitalized after capturing marriage proposal
More TOP STORIES News