And soon, her remains will join the intimate scene as her tomb moves from Bensalem to the Roman Catholic Cathedral Basilica of Sts. Peter and Paul in Philadelphia.

On Tuesday, the Rev. Dennis Gill, rector and pastor of the Cathedral Basilica, announced designs for an entombment at the city's mother church for "one of our own, a Philadelphia saint."

A private transfer of St. Katharine's remains, along with her original tomb, stone and woodcut featuring three angels, will take place over the summer. Construction of a platform for the tomb will occur over the next few weeks. 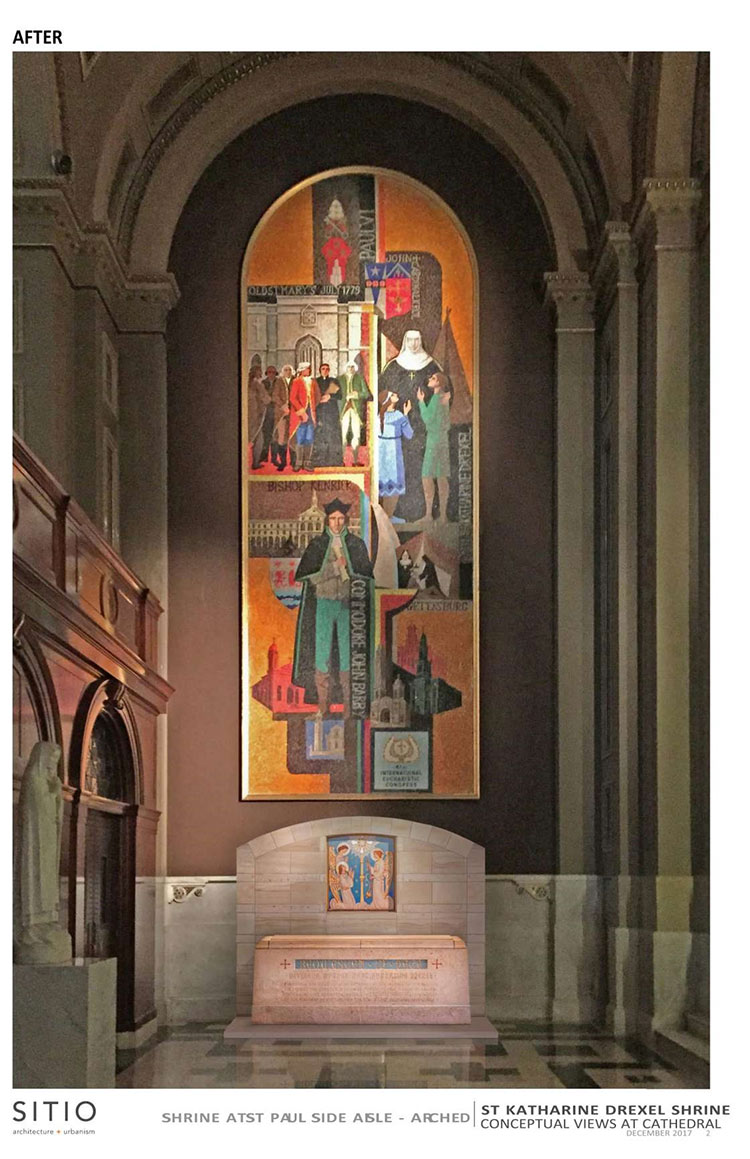 This rendering shows what the new shrine for Saint Katharine Drexel at the Cathedral Basilica of Saints Peter and Paul will look like.

The shrine will open to the public in September, with an official installment and blessing scheduled during a Mass of Thanksgiving in November, church officials said.

"Katharine has often been referred to as an apostle of social justice, and that is the message she speaks to us today," said Sister Donna Breslin, president of the Sisters of the Blessed Sacrament, which was established by St. Katharine.

In 2016, Breslin's order of nuns announced it was selling several properties including its motherhouse in Bensalem, where St. Katharine was entombed, to Philadelphia, about 20 miles (32 kilometers) southwest. Conversations about the transfer began in January 2017. The project has been underwritten by a private foundation.

St. Katharine was born in 1858 into a wealthy Philadelphia family but gave up her life of privilege to establish the Sisters of the Blessed Sacrament in 1891. She is known for her work with underprivileged minority communities, especially African-Americans and Native Americans. She founded dozens of schools, missions and historically black Xavier University of Louisiana in 1925.

In 2000, she became the second American-born person to be canonized. 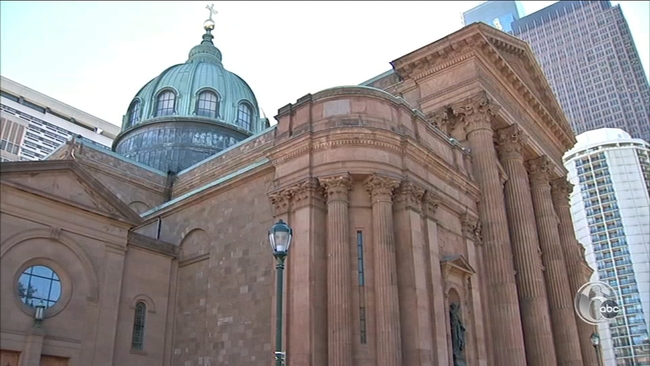 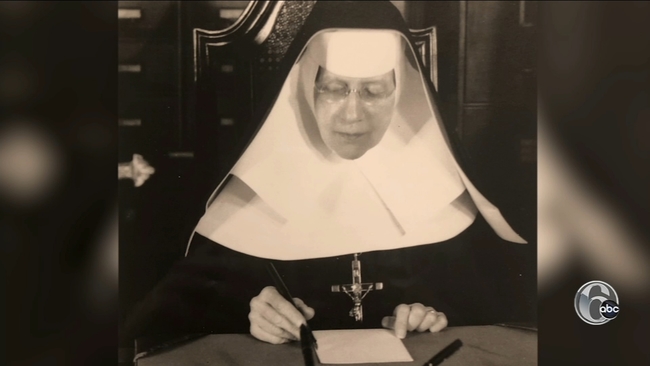