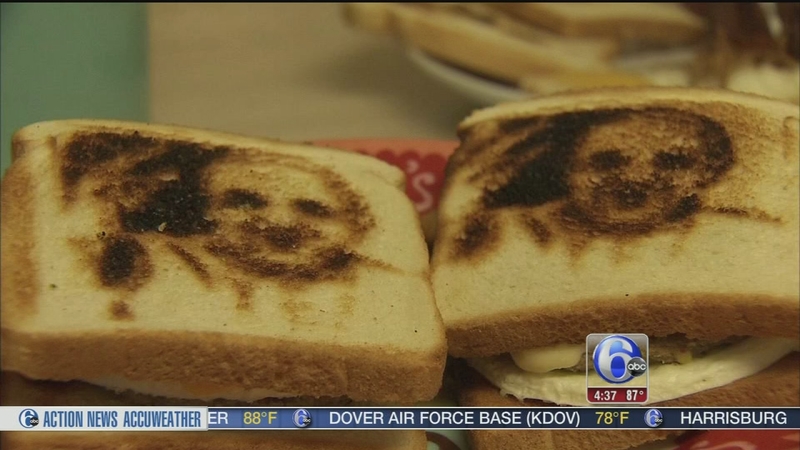 It's being called the most momentous event Philadelphia has ever seen and as the city prepares for our visitor from the Vatican, creative minds around the Delaware Valley hard at work handcrafting special and unique products to commemorate Pope Francis.

Debby Fireman cooked up an invention in her Narberth kitchen that she thinks it's the best thing since sliced bread.

"I thought something a little edgy and fun and also commenorative," she said.

"He is revered. He's the people's pope and we should honor him any way we can," said Fireman.

The pope toaster comes with two plates that sear the Holy See on your bread.

And 2 more plates that imprint his message to spread the love - while you spread the butter and jam.

The marketer says now everyone can have breakfast with the pope while he's in town.

"People get really excited and then they can't believe its real because it's a little bit of a miracle," said Fireman.

And speaking of toast, a Pope Francis pale ale is in the works which the Cape May Brewing Company will only produce once!

"We are coming out with YOPO - you only pope once - just like YOLO," said Ryan Krill, president of Cape May Brewing Company.

"We wanted to do something tasteful and respectful and possibly something he would enjoy," added Krill.

New Jersey's third largest craft brewery will make about 6,000 barrels of beer this year but only 15 barrels will contain the commemorative, limited edition brew.

"We did a lot of research and found out he's not much of a beer guy, more of wine guy. But the beer he does drink is more of a light beer so what we brewed was a light pale ale. We tried to get hops from Argentina," said Krill.

But it turned out the import process would take too long and for fear the beer would miss the papal visit they settled for, they added what Krill refers to as an "unholy amount of hops" instead.

YOPO will be ready for sipping come mid-September with 15 kegs going to bars in Philadelphia and 15 more to Garden State spots.

You Only Pope Once - Pope Francis Inspired Beer