'A man of elegance': Delaware Valley residents react to death of Prince Philip 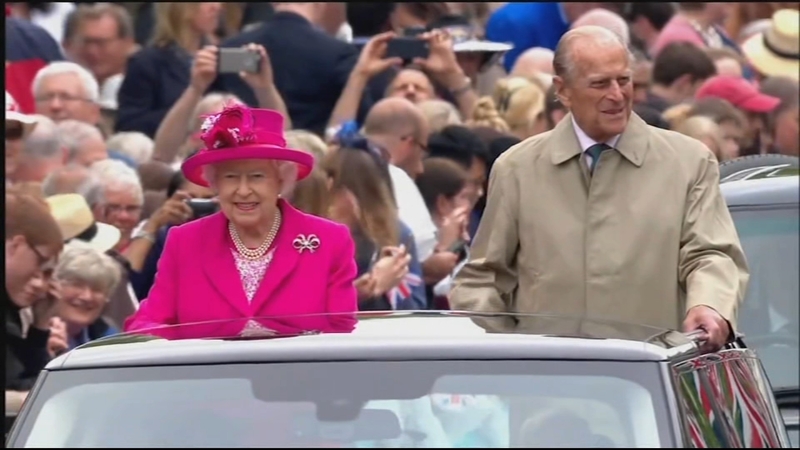 PHILADELPHIA (WPVI) -- The announcement came from Buckingham Palace on Friday morning: Prince Philip, Duke of Edinburgh, has died at the age of 99.

"Just horrible, I feel so bad for the family," said Charmane Braxton of West Philadelphia.

"I think he was a man of elegance. I think it's very sad, but at 99 years old, it's a wonderful way to go," said Joe Wolf of Rittenhouse Square.

Remembering Prince Philip: This is a look at the life of Philip before and during his time as a member of the royal family.

Vivienne Jones, of Chadds Ford, grew up in Chester, England, and moved to the United States in 1974.

"I think he has been the most incredible support that our Queen could ever have had," Jones shared.

Jones saw Prince Philip in person twice in England, back in the 1950s.

"He was just the most beautiful man I had ever seen in my life. He, of course, was Greek, and he looked like a Greek God, believe me," she said.

RELATED: How Queen Elizabeth met Prince Philip: Looking back at the 1947 royal wedding

Jones is first vice president of the non-profit Daughters of the British Empire in Pennsylvania. There are chapters across the United States that support local charities and seniors.

The first time Jones saw Prince Philip, she was in grammar school.

She admits she and a friend skipped class only to come face-to-face with her headmistress.

"We stood by the station, and we were jammed into the barriers, both Pam and I, and lo and behold, Miss Manifold, who was the most terrifying headmistress you can imagine, brought the whole class along right opposite," remembered Jones. "She saw us, alright, and I was in trouble."

Jones said she shed tears when she heard of Philip's passing and wonders about the impact on the rest of the royal family going forward.

"Even though he had retired, he was still quite a figurehead right up until last year. I think last year was his last public engagement," Jones said.

"Always in the background, but he was always there, and to say he was a support system, her pillar and her rock, is not an exaggeration, I'm sure of that," Jones said.