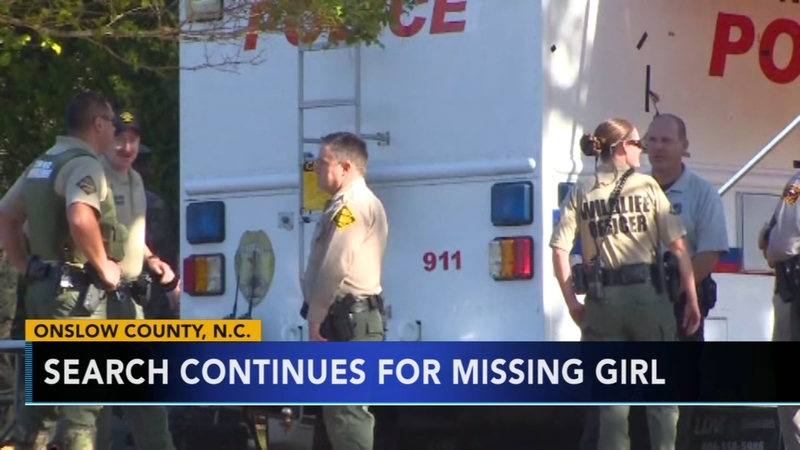 Report: Woman says child in photo is her daughter, not missing girl

The FBI has joined the search for a missing 3-year-old North Carolina girl reported abducted from her home as authorities step up efforts to find the child.

Onslow County Sheriff Hans Miller told news outlets that investigators need a break in their search for Mariah Kay Woods, who was reported missing from her home about 6 a.m. Monday. The girl's home is in the southeastern part of the state, just west of Jacksonville and Marine Corps Air Station New River.

A statewide Amber Alert has been issued for the girl.

Her mother, Kristy Woods, told WITN-TV in Greenville that she last saw Mariah about 11 p.m. Sunday when she checked on her. She said her boyfriend saw the child about midnight when she got up and he told her to go back to bed. Once they realized she was missing, the couple said they called authorities.

She made a plea for the girl's safe return Monday night.

"This is my world, this is my angel," Woods said. "She was sent to me for a reason. This is my everything besides my boys, the love that I have for this girl."

The FBI joined the search for the girl Tuesday. As part of the investigation, the agency released three photographs of an unknown woman and a young girl in a Walmart in Morehead City, about 40 miles east of the girl's home.

The FBI requested the public's help in identifying the woman and child in the photos.

WCTI-TV spoke with a 23-year-old Newport, North Carolina woman who said she is the woman pictured in the surveillance photos.

Jetta Long told the eastern North Carolina ABC news station that the young girl in the photos is her daughter - not Mariah.

She said she doesn't know Mariah's family, but said she is frustrated that the surveillance photos "may have gotten the hopes of the family up."

Long also revealed that her daughter was born with a shortened leg, so she said she understood how her little girl could have been mistaken for the missing toddler.

Mariah's biological father, Alex Woods, who does not live with the child or her mother, questioned the kidnapping story.

Alex Woods, who said he has been involved in custody issues with Kristy Woods, said her explanation of what happened is unbelievable.

"Someone just walked right up in there, grabbed the 3-year-old out of the bed and she didn't cry, she didn't scream?" Woods told WCTI-TV in New Bern Tuesday. "Nobody heard anything? Four people in the house, two adults and two kids someone just comes up and snatches the baby and walks out?"