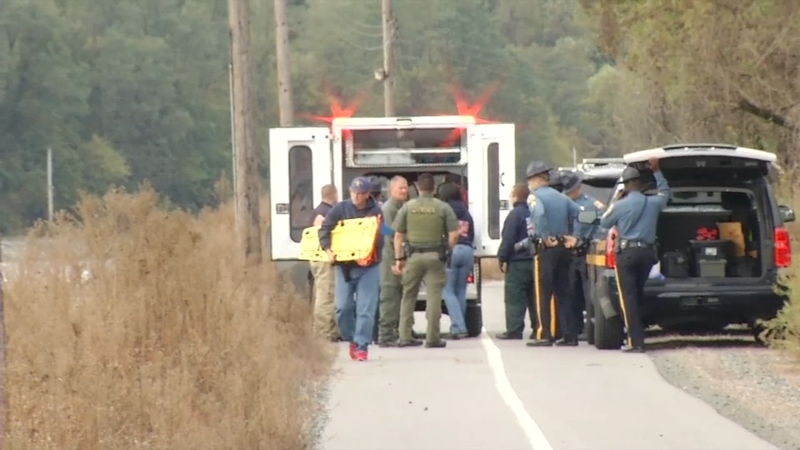 ST. GEORGES, Delaware (WPVI) -- Rescue crews removed the body of a 6-year-old boy from a Delaware canal on Thursday morning.

Ethan Lindsey had been missing since the vehicle he was riding in ended up in the water on Sunday at about 9:40 a.m. in St. Georges, roughly one mile west of William V. Roth Jr. Bridge.

Chopper 6 over the scene of a recovery effort on a Delaware canal, October 10, 2019

Authorities said they received a call just before 9 a.m. Thursday about a body on the north bank of the canal. Officers responded and located the child's body.

Ethan was also a brother of the driver.

"My 6-year-old...an awesome kid. Loved YouTube, pizza, cake. A cake and marshmallow person. He just gave us his Christmas list. It's hard. It really is," said Brandi Lindsey, mother of Ethan and several of the victims, in an interview earlier this week.

Lindsey said her 18-year-old son Willis was driving the SUV right behind her car, on the way to her 10-year-old's football game.

Willis Lindsey was able to get his 16-year-old girlfriend to shore, then went back for his siblings and cousin.