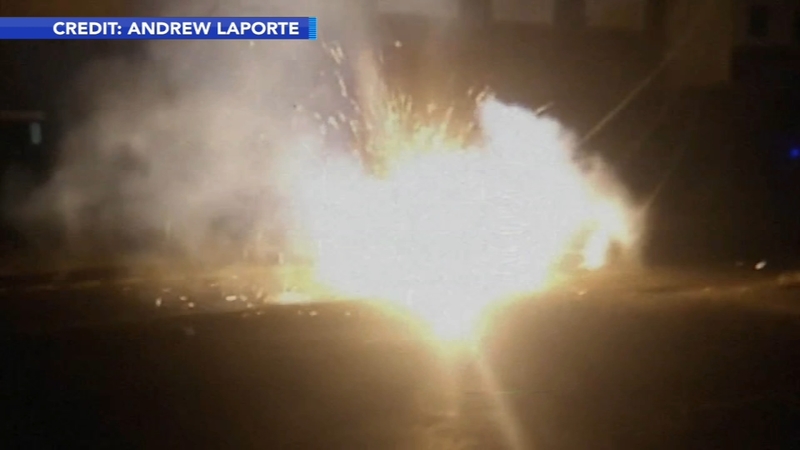 CROYDON, Pa. (WPVI) -- A fire rescue SUV slammed into a utility pole outside of the Croydon Fire Company Wednesday evening.

It happened around 5 p.m. in the 900 block of State Road. Neighbors described hearing an explosion and seeing a bright light.

"I saw the car come down the street with the lights on and I saw a big poof like fireworks," said neighbor James Nugent.

Officials said the crash caused a ball of fire to erupt. The SUV with 'Croydon Fire Rescue' written on the side snapped the pole in half.

Witnesses said moments before the crash firefighters on heavy apparatus were heading out to a call.

"[I saw] that come down the road and there were a whole bunch of trucks to pull out," said Edward Cole. "He skidded and avoided them and hit the pole."

Hours after dousing the flames, the fire smoldered on the pavement while PECO worked on the lines.

Bucks County officials said no one was taken to the hospital.

Police have not said how fast the driver was going or who is at fault.