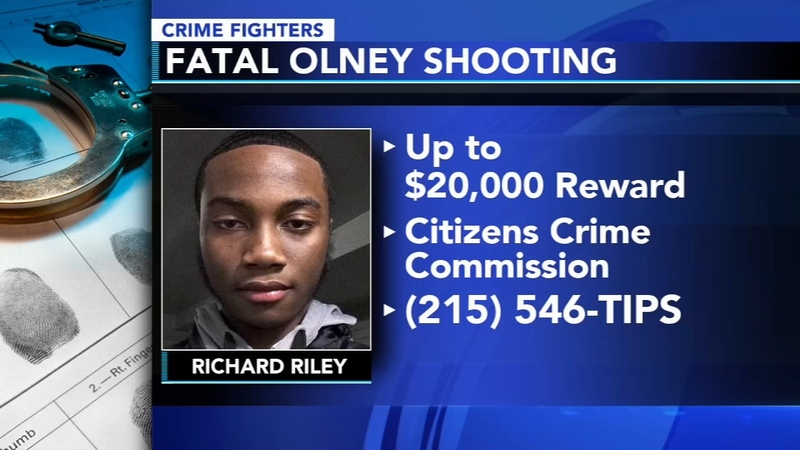 PHILADELPHIA (WPVI) -- A mother grieving over the loss of her son comes forward to ask for your help in finding his killer.

"I raised both of my children to have integrity, you know, pay respect. Richard was a loving person, a giving person," said Mary Felder.

On Tuesday, February 13, 2018, 21-year-old Richard Riley was in the area of the 200 block of West Grange Street in Philadelphia's Olney section.

"I was actually getting ready to get my hair done, you know, because we were going out, you know Valentine's Day was coming up," she said. "I got a call from his girlfriend saying, 'You heard from Rich?' And then I said, 'No I just left the house.'"

At 4:39 p.m. police were called for a "person with a gun." When they arrived they found Riley and another male both suffering from multiple gunshot wounds.

Riley died, the other victim survived. The shooting has left Riley's mother wondering why?

"He don't have no enemies. My son is a very humble person. He never been in any type of drama," she said.

"If someone was there and they was watching it, I would tell them if they had any information, you know, to give it, you know, take it, you know, call it in," she said.
Report a correction or typo
Related topics:
crime fighters
Copyright © 2022 WPVI-TV. All Rights Reserved.
TOP STORIES
AccuWeather: Nor'easter on the way; expected snow varies across area
Gov. Murphy issues state of emergency for NJ ahead of nor'easter
LIST: Local snow emergencies, closures due to nor'easter
Coastal communities under Blizzard Warning starting Friday night
Philly man's quick-thinking leads police to arrest NJ murder suspect
10 injured when bridge collapses in PA; human chain formed to help
Decades after TV anchor disappears, convicted rapist denies connection
Show More
2 charged in fatal double shooting inside Delaware restaurant
Lakers' Carmelo Anthony confronts taunting 76ers fan during game
Police: Delivery driver shoots attempted carjacker 6 times in Philly
5-year-old boy found by good Samaritan after boarding wrong bus
Holocaust survivor, great-grandson educate next generation on TikTok
More TOP STORIES News