Police said they found a handgun inside the vehicle, as well as two empty alcohol containers.
WPVI 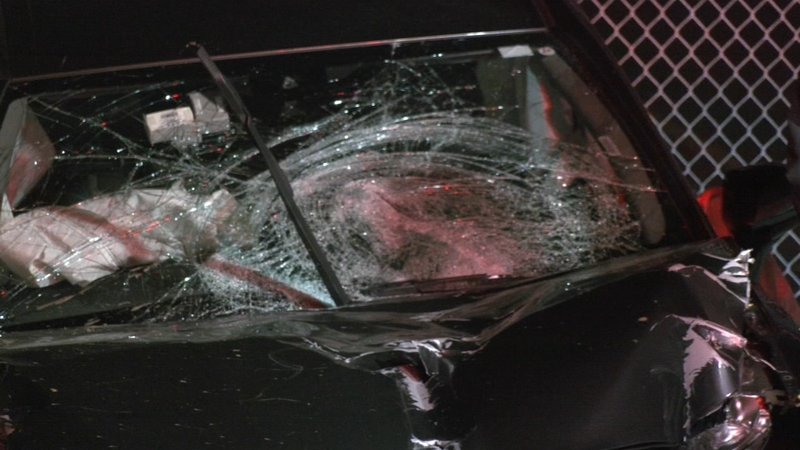 PHILADELPHIA (WPVI) -- A driver was killed after he lost control and crashed in Philadelphia's East Falls section.

It happened just after 2 a.m. Tuesday on the 3700 block of Ridge Avenue, near Hunting Park Avenue.

Arriving officers and medics found a 2021 Toyota Camry on the sidewalk with heavy front-end damage.

The male driver, who appears to be in his late 30s, was pronounced dead on the scene. He had no identification, police said.

Police say the driver was traveling north on Ridge Avenue at a hight rate of speed, jumped a curb, struck a traffic pole and hit a building before coming to rest on the sidewalk.

"There was such a heavy impact the right front tire is completely torn from the vehicle," Philadelphia Police Chief Inspector Scott Small said.

Most of the airbags deployed, Small said.

Police said they found a handgun inside the vehicle, as well as two empty alcohol containers.

They also discovered narcotics on the driver.

"We're not sure at this time if he was driving impaired," Small said.

Police said the vehicle is registered in Rhode Island.

The driver has not been identified.