3 teens arrested after video surfaces of attack in Ridley Township 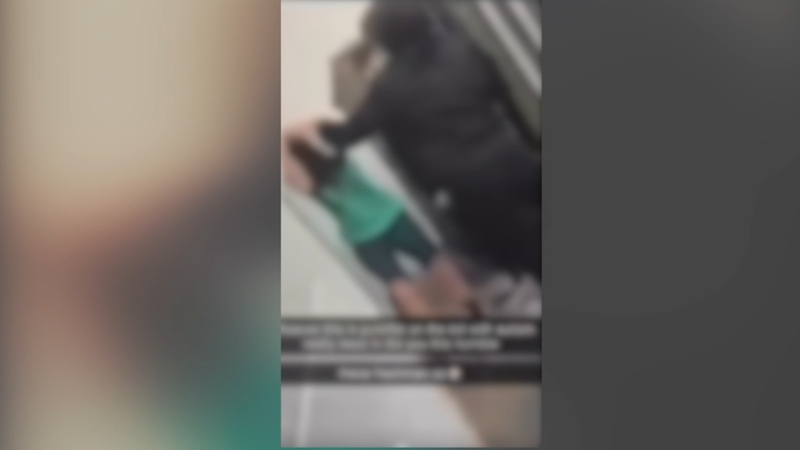 3 teens arrested after video surfaces of attack in Ridley Township

RIDLEY TOWNSHIP, Pa. (WPVI) -- Police in Delaware County have announced the arrests of several teenagers they say were caught on video attacking a fellow teen.

On Tuesday, Ridley Township police discovered the video that had been burning up on social media feeds.

Without reason or cause, punch after punch is seen being thrown by the group of teens.

On the receiving end of the violent assault was a 14-year-old, who did his best to shield himself from the attack.

The incident happened behind a Kmart almost two weeks ago.

"It's disturbing that they're not only attacking other kids, but someone is standing there recording it and videoing it and then posting it on Facebook," said Ridley Township Police Captain Scott Willoughby.

"It's disappointing to see your school, and two kids from your school, doing this kind of stuff," said one student who asked not to be identified.

One parent, who shared the video herself and knows the mother of the victim, said she is heartbroken by the images.

"Bullying is not OK. I was very, very disturbed by it," parent Jeannie Nolan.

Police said they are still investigating and looking to see if more videos of the attack are out there.

"I don't understand how they think they can think it's right to one, assault the kid, and then two, post it on social media. And then think that they're not going to get caught; we're going to catch them," said Willoughby.