A pair of solar eclipses in North America will happen just 177 days apart, the first of which is an annular solar eclipse on Oct. 14, 2023.

The Great American Eclipse of 2017 left millions in awe of the beauty of the universe when the moon completely blocked out the sun in a breathtaking total solar eclipse. As soon as it ended, those who were fortunate enough to witness it, as well as the many more who missed the spectacle, were left wondering when the next time a solar eclipse would unfold close to home again.

The wait is almost over.

A pair of solar eclipses in North America will happen just 177 days apart, the first of which is an annular solar eclipse on Oct. 14, 2023.

During an annular solar eclipse, the moon does not completely block out the sun. As a result, part of the sun is visible throughout the entire event, unlike a total solar eclipse when there is a brief period when the entire face of the sun is blocked by the moon. In recent years, some have come to call this type of eclipse a 'ring of fire' eclipse.

The 2023 eclipse will serve as an appetizer for the main event on April 8, 2024, when a total solar eclipse will take place in the sky over North America.

However, expert eclipse photographer and eclipse educator Dr. Gordon Telepun says that people shouldn't sleep on the 2023 eclipse even though it won't be as impressive as a total eclipse.

"The Oct.14, 2023, annular eclipse in the southwestern U.S. provides an opportunity to observe and photograph this type of eclipse without international travel," Telepun told AccuWeather.

"This annular eclipse is a great dress rehearsal for almost everything you need to practice for a total solar eclipse," Telepun said, specifically photographers looking to test out new gear or photography techniques.

Only areas in the direct path of the eclipse will be able to see the moon directly in the center of the sun, while the balance of the continent experiences a partial solar eclipse.

San Antonio, Texas; Albuquerque, New Mexico; and Eugene, Oregon; are some of the bigger cities in the path of the eclipse. Crater Lake, National Park, Bryce Canyon National Park and the Four Corners Monument are a few popular landmarks that also fall in the path.

Not only do onlookers need to be in the right place at the right time with the perfect weather conditions, but they also need to prepare well ahead of time. This means more than just making travel reservations before hotels and campsites are booked solid.

Eye safety is the top priority when viewing a solar eclipse since looking at the sun without the proper eyewear can lead to permanent eye damage. 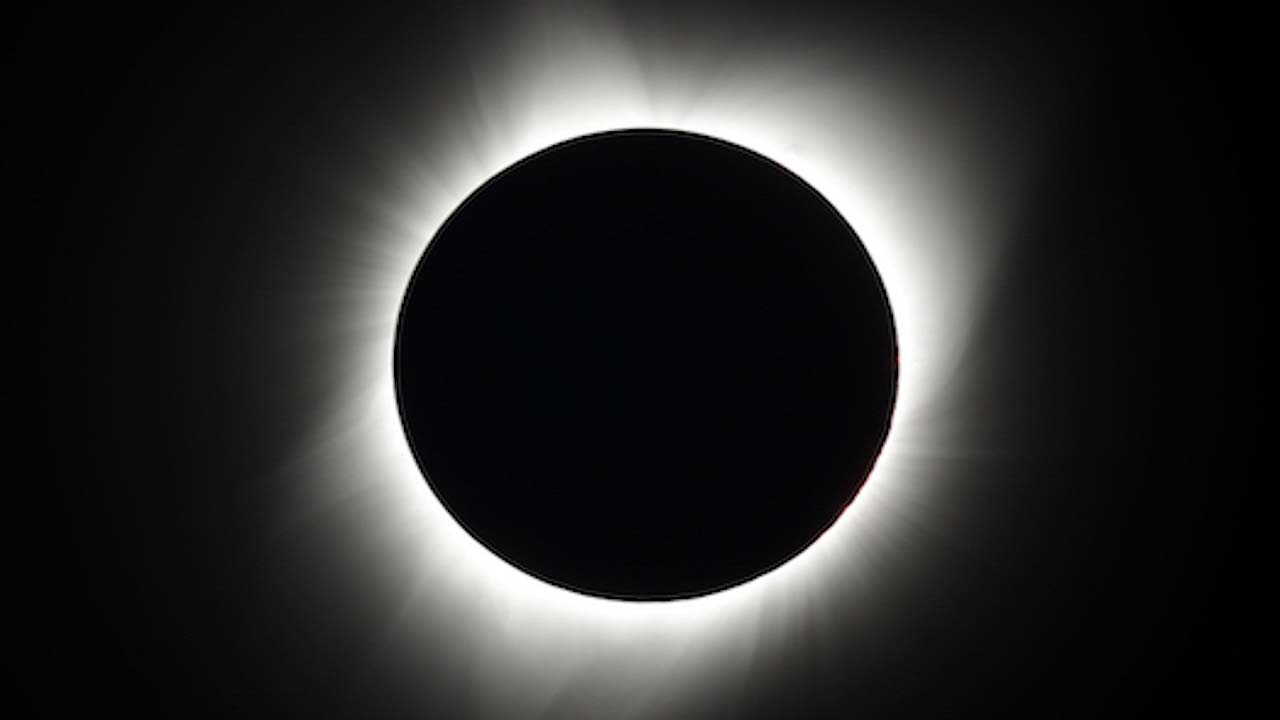 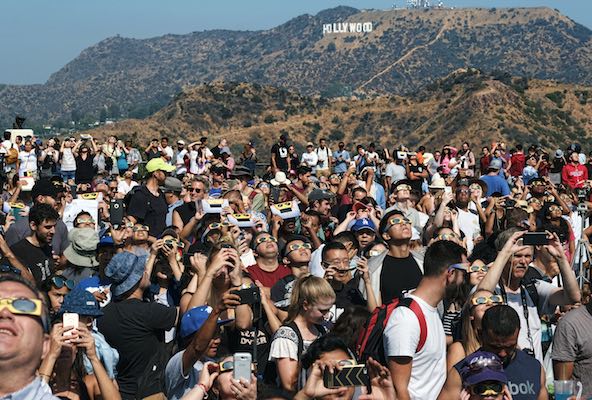 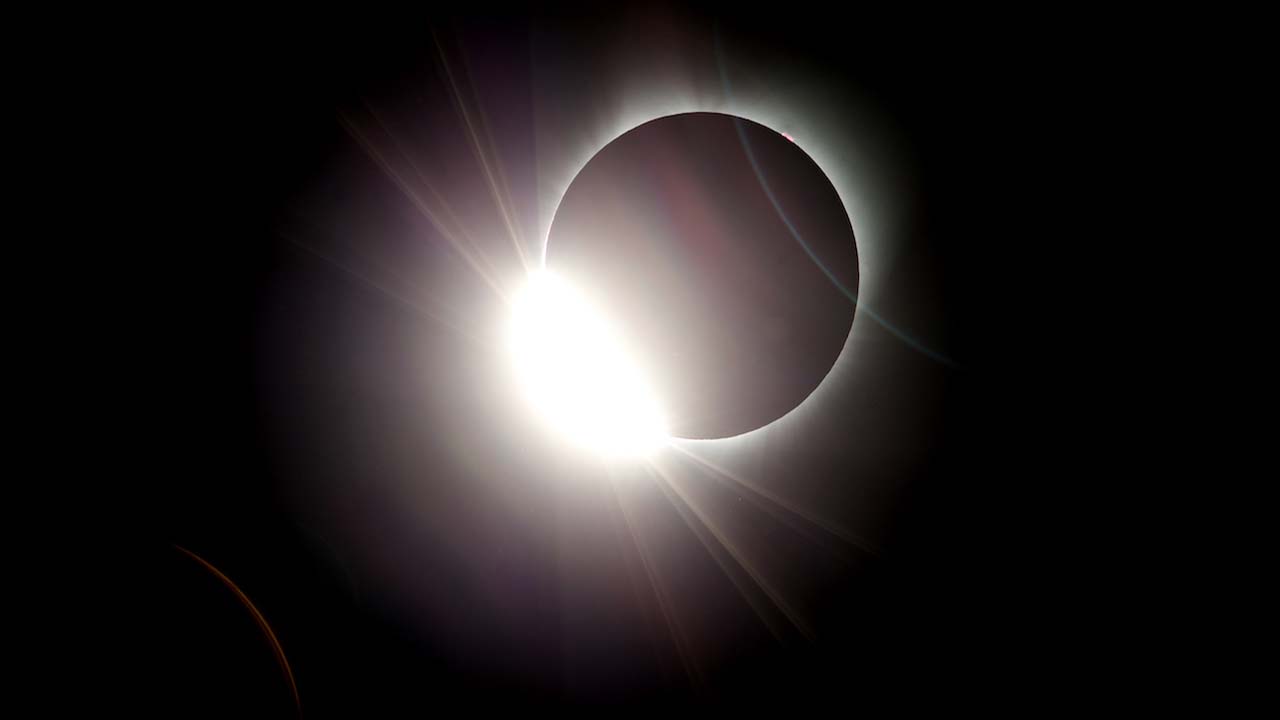 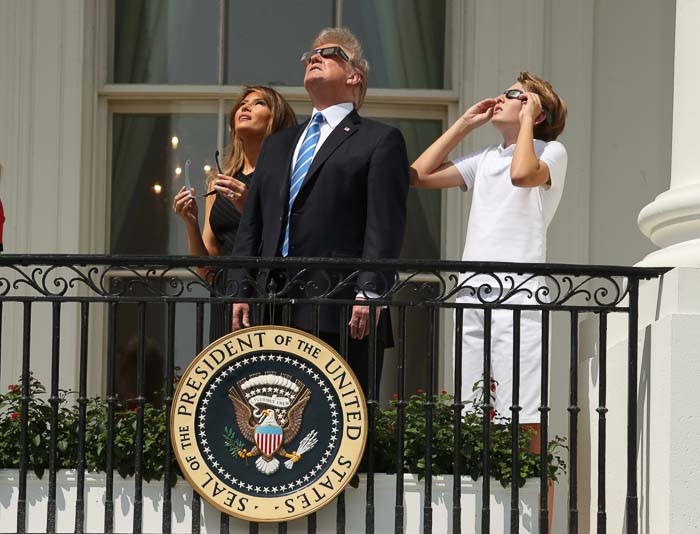 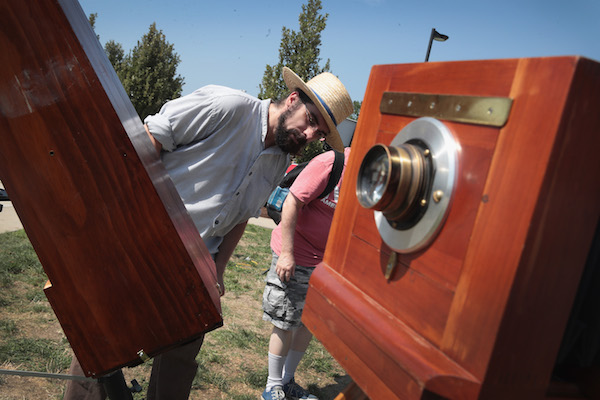 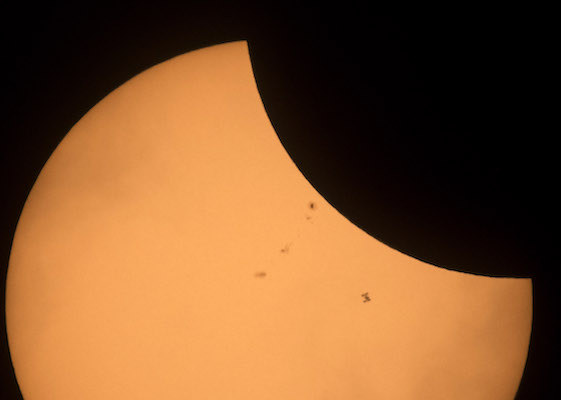 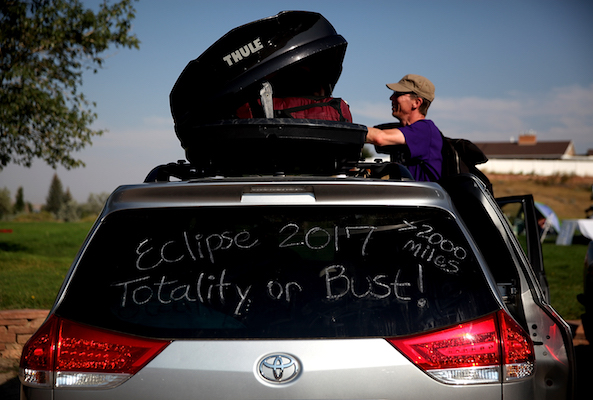 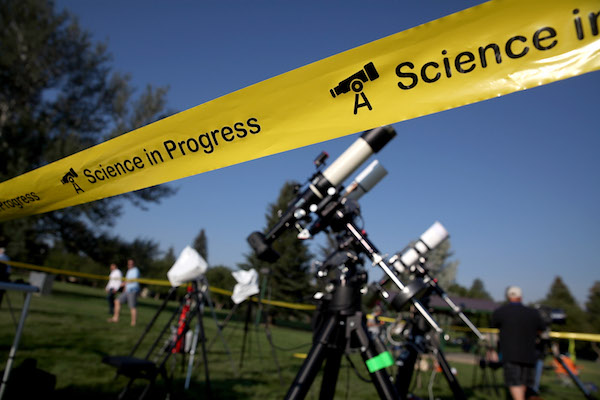 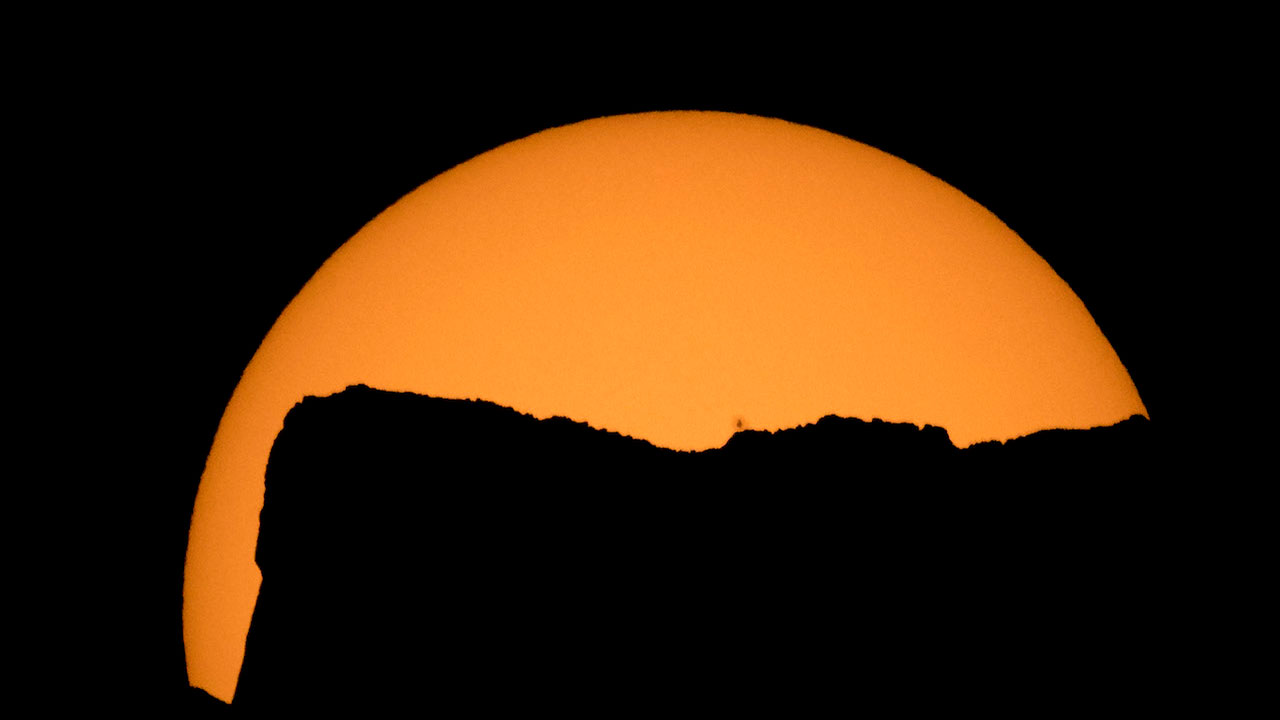 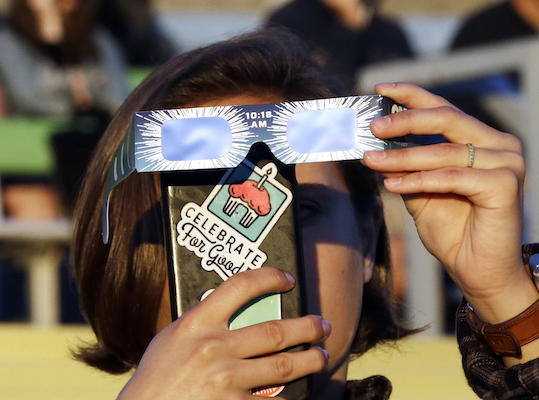 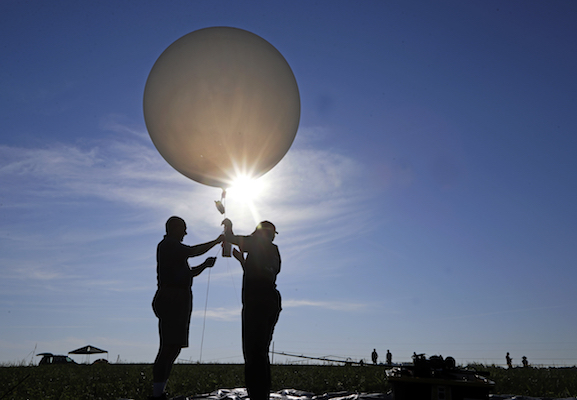 "During an annular eclipse, you must use certified solar glasses for your eyes and solar filters for your equipment for the entire eclipse," Telepun warned.

These solar glasses should be purchased well ahead of time and kept safe leading up to the eclipse so that they do not get scratched or damaged. In 2017, many websites were sold out for months leading up to the main event.

"For visually observing the sun you must use products that conform to ISO 12312-2 which designates use for direct observation of the sun," Telepun said.

Witnessing a total solar eclipse is an unforgettable experience, but photographing an eclipse with the right equipment can help share the memory with family and friends.

"If you imaged the 2017 eclipse using a camera on a standard camera tripod and in 2024 you plan to 'up your game' to guided eclipse photography, you definitely should use the 2023 annular eclipse to practice the technique," Telepun added.

This includes equipment such as a motorized camera mount that will track the sun throughout the duration of the event.

There is a wide variety of solar filters for cameras, so testing out various filters months ahead of time will be beneficial in the long run when the 2024 eclipse arrives. "Now is the time to check your photography gear, begin planning for new gear and making sure you have proper fitting solar filters for everything," Telepun said.

Telepun prefers to use high-quality glass solar filters for his eclipse photography. Regardless of which solar filter is used, he recommends using it with different camera settings to hone in on the perfect settings to use during the eclipse itself.

After the annular solar eclipse comes to pass, all eyes will focus on the main event on April 8, 2024.

This total solar eclipse will be even more impressive than the 2017 Great American Eclipse as it will last significantly longer. In 2017, the duration of the total phase of the solar eclipse lasted around 2 minutes and 40 seconds near Carbondale, Illinois.

The weather could be a major concern for part of the path of totality given the time of year that the 2024 eclipse will take place, so Telepun recommends having a few plans in place in case clouds are threatening to spoil the show.

Additionally, more people will likely get to experience the 2024 eclipse compared to the 2017 eclipse as the path of totality includes several major cities, such as Dallas, Indianapolis, Cleveland and Montreal.

Folks who are interested in learning more about solar eclipses can view Telepun's educational videos on his YouTube channel. Additionally, Telepun can be a personal guide during a solar eclipse with his custom-made Solar Eclipse Timer app which is available for all smartphones. 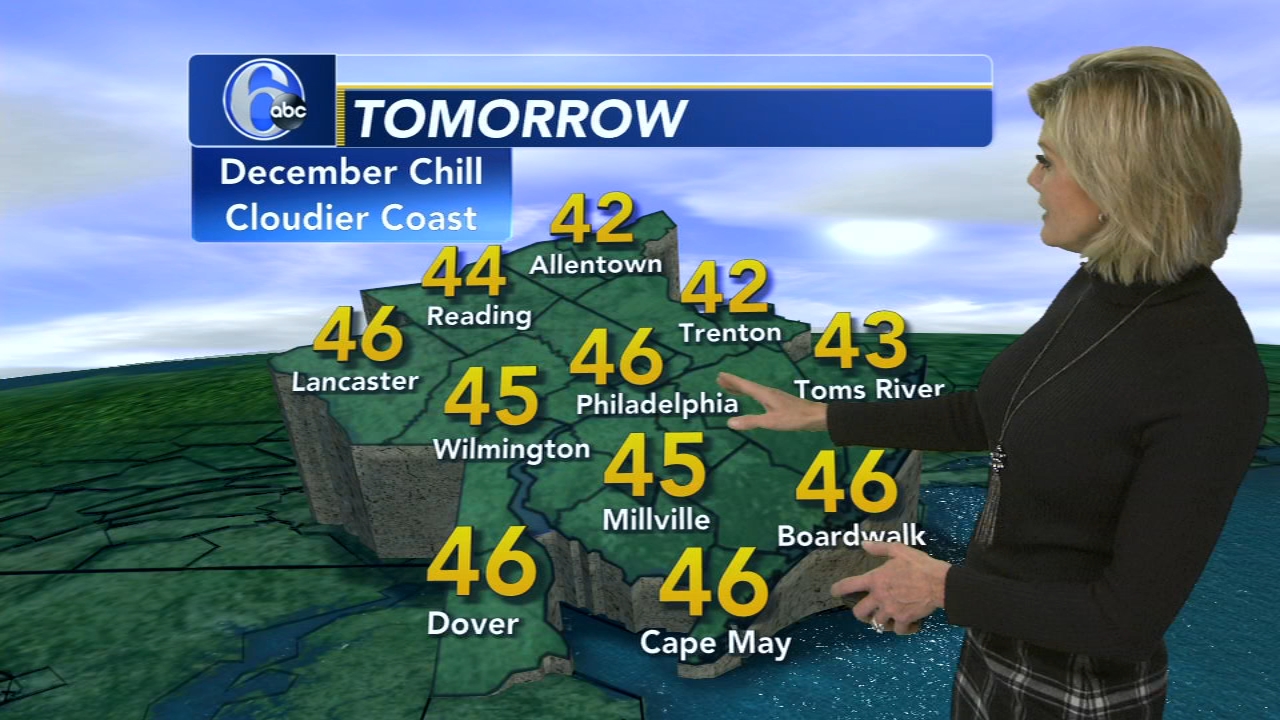 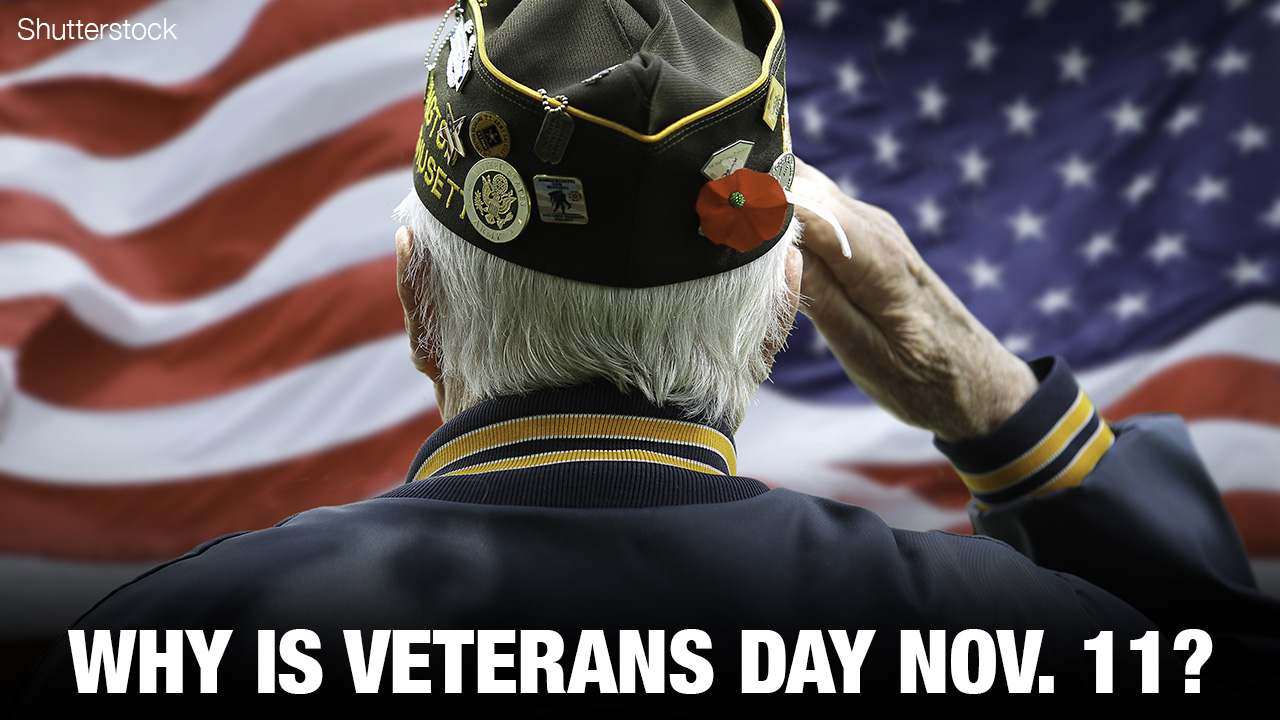 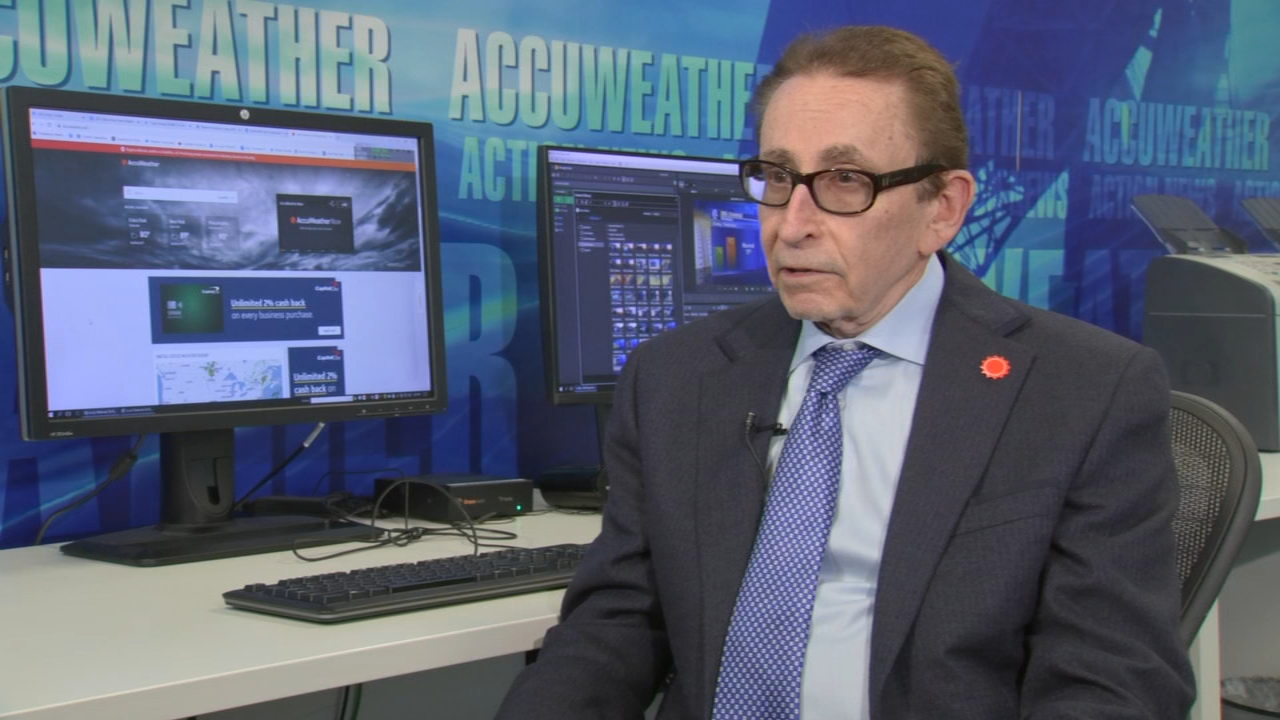