The shooting happened on August 11 on the 5500 block of Rising Sun Avenue.
WPVI
By 6abc Digital Staff 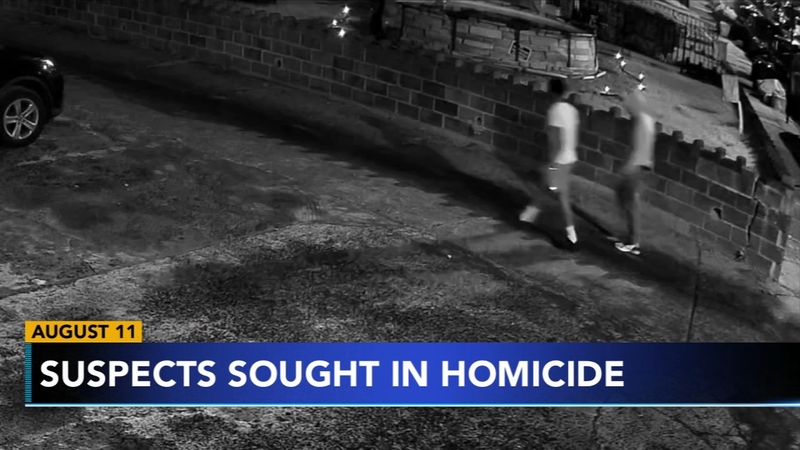 PHILADELPHIA (WPVI) -- Philadelphia police have released surveillance video that captured a violent shooting that left one person dead and four others injured.

It happened on August 11 just before 10 p.m. on the 5500 block of Rising Sun Avenue outside of Banana's Bar & Lounge.

Police say two suspects approached a group outside of the business and opened fire.

Five people in the group were struck and wounded by the gunfire. One of the victims was struck multiple times in the body and died of his wounds.

On Wednesday, police released video of the suspects wanted in the shooting.

A $20,000 reward is being offered for information leading to and arrest and conviction of those responsible.