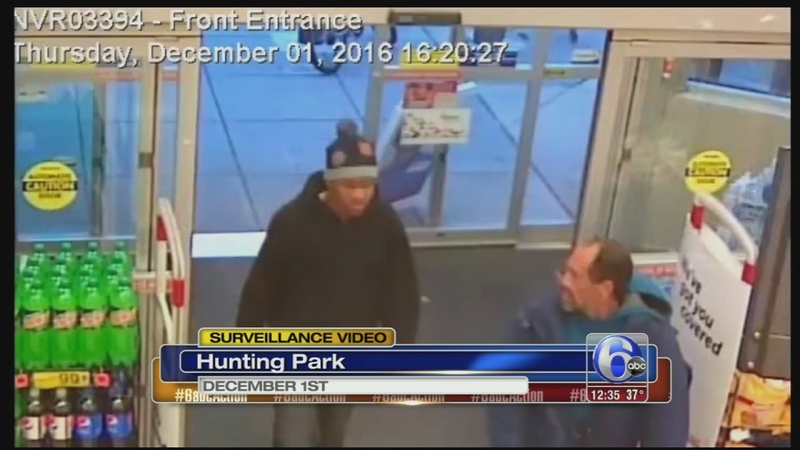 HUNTING PARK (WPVI) -- Philadelphia police are searching for two robbers who threatened a pharmacy employee with a knife in the city's Hunting Park section.

It happened back on December 1 inside the Rite Aid Pharmacy on the 4500 block of North 5th Street.

The pair were spotted by a loss prevention officer hiding several items in their waistbands shortly after 4 p.m.

As they attempted to leave the store, the officer tried to stop them in the parking lot.

That's when a fight broke out between the men. One suspect pulled out a knife and pointed it at the officer.

the pair then fled the scene in an unknown direction.

The loss prevention officer was not hurt.

The first suspect is described as a 40-year-old Hispanic male with a thin build, dark hair, beard and tattoos coming around his shoulders to chest. He was wearing a blue jacket and blue jeans.

The second suspect is described as a 20-year-old Hispanic male, 5'7" tall with a dark complexion and medium build. He was wearing a skull cap and blue jeans.