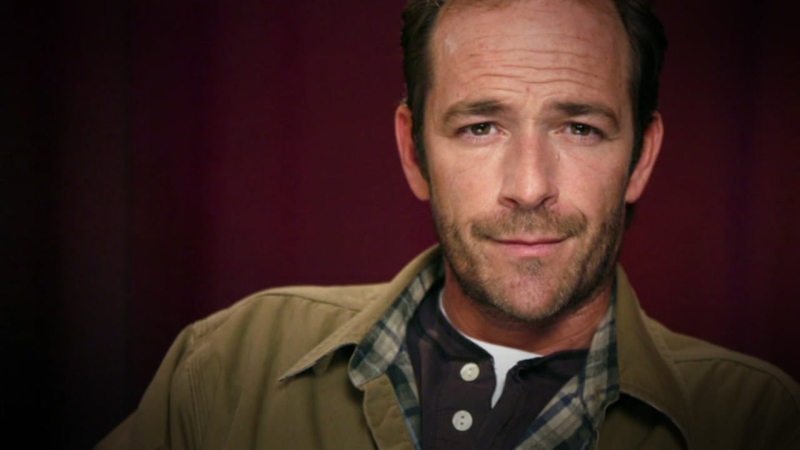 LOS ANGELES -- Luke Perry has died after he was hospitalized last week from a massive stroke.

The 52-year-old was taken to the hospital after the Los Angeles Fire Department responded to the Beverly Hills, 90210 actor's home in Sherman Oaks Wednesday shortly before 9:40 a.m. regarding a request for medical aid.

According to dispatch audio, the medical aid call was in response to a stroke patient.

Many of Perry's friends and co-stars tweeted about him while he was in the hospital last week, including 90210 co-star Shannen Doherty.

"My friend. Holding you tight and giving you my strength. You got this," Doherty said in an Instagram post.

After his death, another 90210 co-star, Ian Ziering, was among those who took to social media soon to remember his legacy, writing, "I will forever bask in the loving memories we've shared over the last thirty years."

Perry has had roles in a handful of films, including The Fifth Element, 8 Seconds and American Strays. He appeared in HBO's prison drama Oz and voiced cartoons like The Incredible Hulk and Mortal Kombat. In recent years he starred in the series Ties That Bind and Body of Proof.

He has a part in Quentin Tarantino's Once Upon a Time in Hollywood, which is due out in July.

Doctors say people even younger than Perry can suffer a stroke.

Nearly 800,000 Americans suffer strokes every year. It's the leading cause of disability and death.

-Face: Smile and see if one side of the face droops.
-Arms: Raise both arms. Does one arm drop down?
-Speech: Say a short phrase and check for slurred or strange speech.
-Time: If you answer yes to any of these, call 911 right away.

SEE ALSO: How to spot the warning signs, symptoms of a stroke