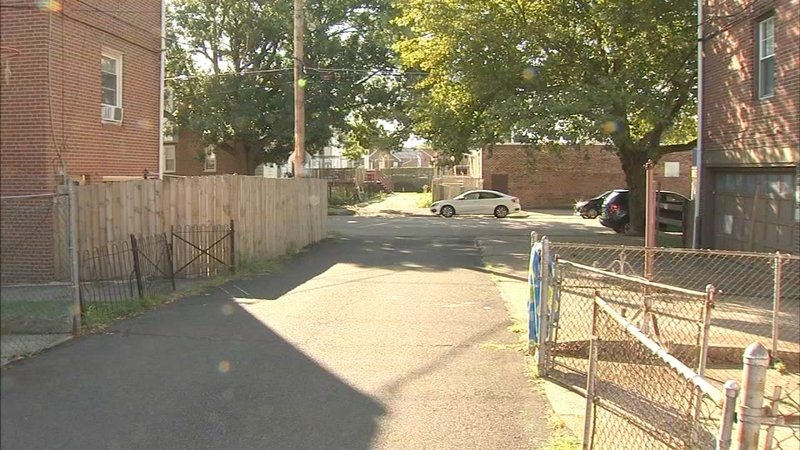 PHILADELPHIA (WPVI) -- Philadelphia police are investigating a shooting in the city's Mayfair section that left a 16-year-old boy in critical condition.

Officials say the teenager that was shot actually matched the description of a robbery suspect.

Authorities found the boy with a gunshot wound to his chest. It wasn't until minutes into the investigation that officers encountered the victims of a crime the boy is accused of committing.

It was just before 2:30 a.m. Monday when Philadelphia police got a call about a person shot along an alley just off of the 3300 block of Longshore Avenue.

Police say based on ballistic evidence at least four gunshots were fired.

"Somebody said, 'Help, help, somebody help me.' But no one listened to him," said Hussein Abdul Hameed of Northeast Philadelphia.

Police say the boy was found laying in the rear driveway just several feet from his home where he lives suffering from a gunshot wound to his chest.

He was taken to Jefferson-Torresdale Hospital in critical condition, and underwent surgery overnight.

As police investigated the scene, two men approached them and said that they had been robbed at gunpoint just around the corner. The gunman stole their cell phones.

The boy fit the description the two men gave, and lying next to the teen they found a black ski mask and a cell phone. One of the robbery victims confirmed to police that the phone belonged to him.

"At this time we believe that this 16-year-old shooting victim may have committed the robbery of these two males. We just don't know who shot this 16-year old," said Philadelphia Police Chief Inspector Scott Small.

About a block away on Roland Street, police say they later found a vehicle with a semi-automatic weapon and a live round clearly visible. Investigators still don't know what connection, if any, it has with the shooting.