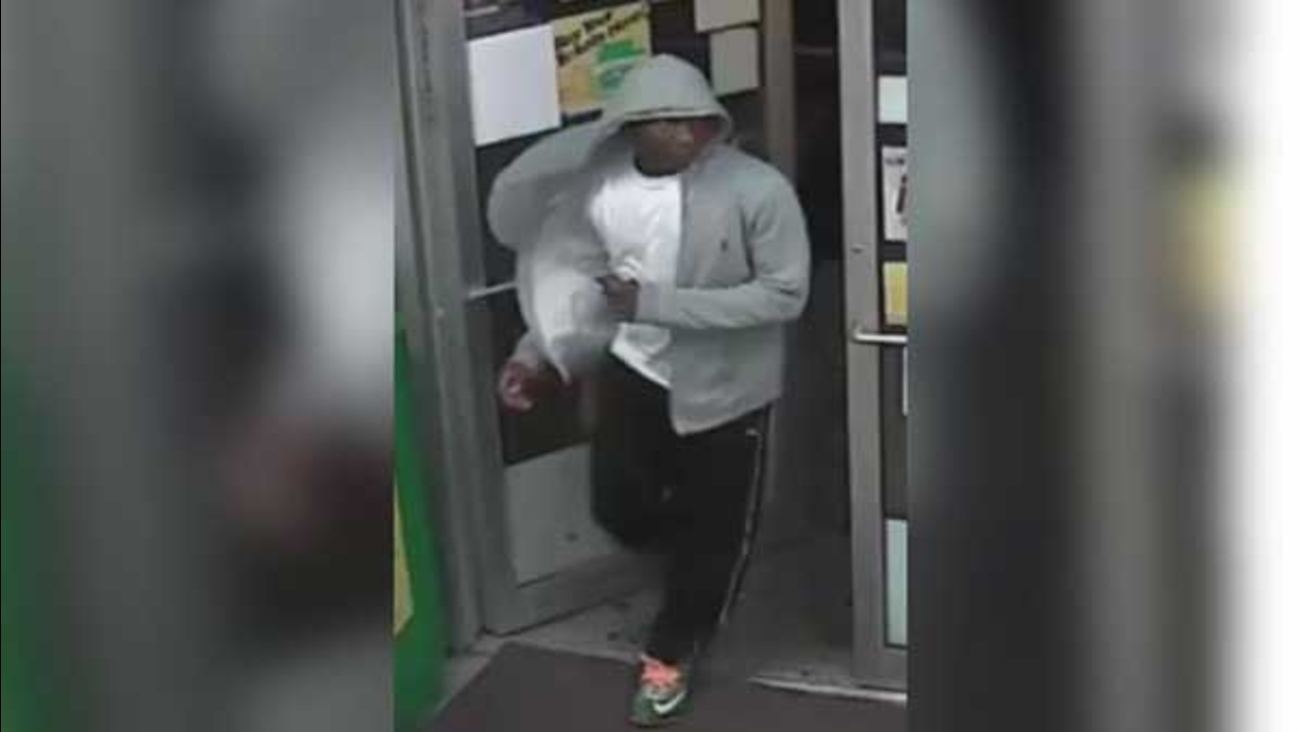 Philadelphia police are looking for a suspect who robbed a teenage boy at gunpoint in the city's Overbrook section.

OVERBROOK (WPVI) -- Philadelphia police are searching for a suspect who robbed a teenage boy at gunpoint in the city's Overbrook section.

The incident happened just after midnight on July 28.

Police say a 17-year-old boy was walking on the 300 block of Cardington Road when he was approached by an unknown man.

The suspect pulled out a gun, fired one shot into the air and threatened to kill the teen if he didn't hand over his belongings.

He got away with an iPhone 6, a bank card and transportation pass before fleeing the scene.

The victim was transported to CHOP with a shoulder injury.


Shortly after the robbery, the suspect was caught on surveillance video using the victim's bank card at a nearby convenience store.

Police describe the suspect as a black male, 25-years-old, 5'7" tall with a thin build. He was wearing a gray hooded sweatshirt, white t-shirt, black pants with two thin stripes on each side of the legs, green & orange sneakers, and armed with a handgun.