Police say one of the men tried to strike several Acme workers with an SUV after an attempted shoplifting.
WPVI 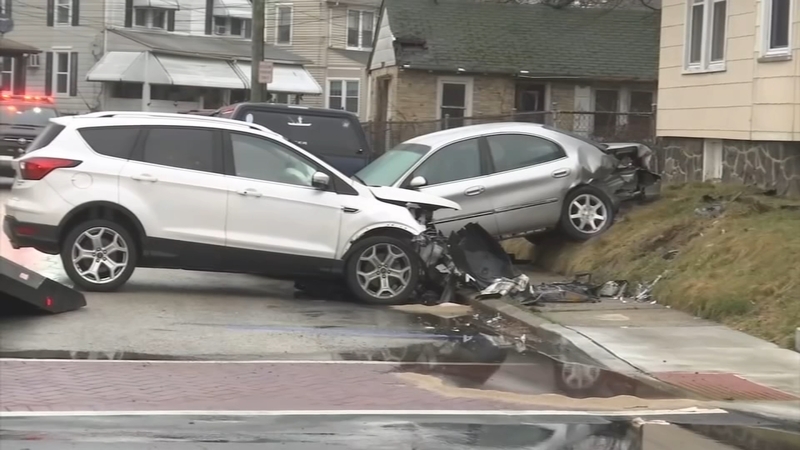 CLAYMONT, Delaware (WPVI) -- Police have identified the two men arrested and charged after a police pursuit that began in New Castle County, Delaware ended with a crash in Delaware County, Pennsylvania.

Delaware state police say 30-year-old Robert Baker and 27-year-old Andrew Masscotte, both of Claymont, were involved in multiple robberies before the chase. 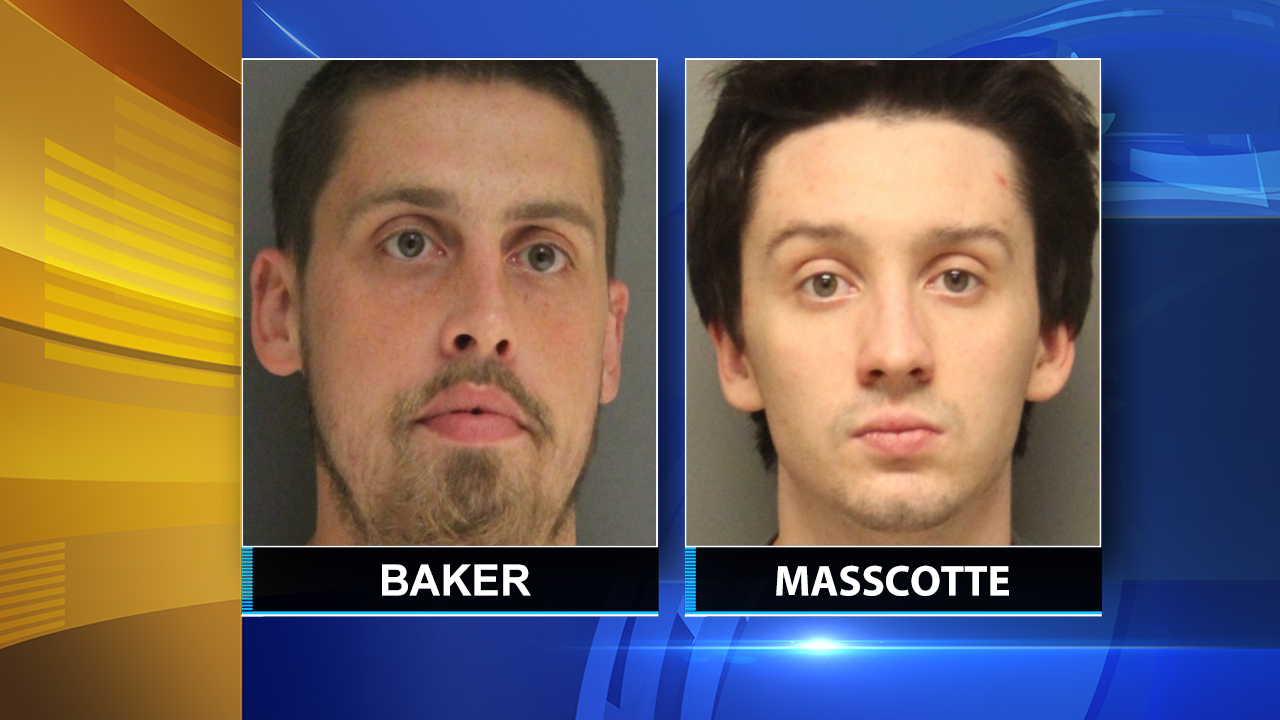 The first robbery happened shortly before 6 p.m. Monday at King of Gold at 2201 Silverside Road.

The second robbery happened at the Sunoco station on Philadelphia Pike shortly before 4:30 a.m. Wednesday.

Then, shortly after 2 p.m. on Wednesday, police were called to the Acme on Naamans Road in Wilmington for a report of two men who attempted to shoplift.

The suspects were confronted, police say, and one of them struck the victim while the other implied he had a weapon.

They got into a white SUV, police say, and the driver drove up onto a sidewalk and tried to hit five employees as he fled.

Troopers located the Ford Escape on Dale Court in Wilmington and tried to initiate a traffic stop, but the driver fled.

Troopers say they broke off the chase due to safety concerns.

The SUV was then spotted in Pennsylvania and was being pursued by local police before the driver ultimately crashed at the intersection of Chichester and Taylor avenues in Delaware County.

Baker and Masscotte were taken into custody.

Delaware state police say both suspects are awaiting extradition from Pennsylvania to be formally charged.