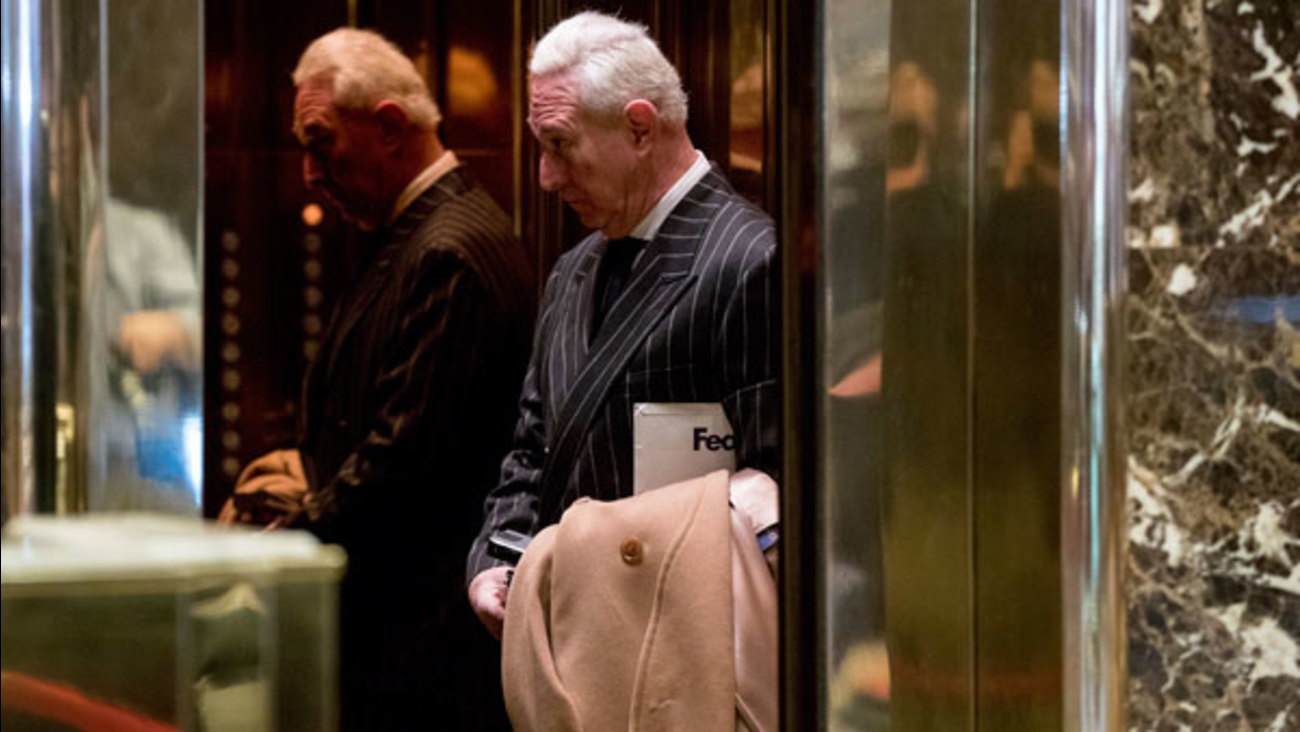 WASHINGTON -- Longtime Trump adviser Roger Stone says a car he was riding in this week in Florida was struck by a hit-and-run driver.