WPVI
CAMDEN, N.J. (WPVI) -- The roof of a Camden apartment building was torn off in the severe storms Monday morning.

It happened around 5 a.m. on the 2000 block of South 8th Street at building 'D' of the All American Gardens Apartments.

Heavy wind and rain quickly came through the area, causing the damage.

"It sounded like a train coming through there," he said.

Jenn Lee placed buckets around her apartment before she realized the scoop of what happened.

She told us, "The whole inside of my apartment was raining in the inside. So, I couldn't do anything but cry."

Heavy wind and rain had been passing through the area before 5 a.m.

Barnes had been watching tv and described, "Water started leaking from everywhere all over the house- walls and everything- and the ceiling just started to collapse."

The flying roof snapped nearby electrical wires, leaving one smoking in the street.

One resident was taken to the hospital with a contusion after being hit by debris but everyone was able to evacuate.

Jerome Cannon said he woke up to ceiling debris falling on his head and a firefighter knocking, "Fireman banging on everybody's door: Boom, boom, boom-- everybody get out. The roof is collapsing."

A bus arrived to take residents to a nearby community center. The Red Cross is offering assistance.

Mayor Frank Moran came to see the damage for himself.

He said, "Just doing a little research with our code enforcement. The roof was ok, just severe straight-line winds that blew through and affected these apartments."

There's no word yet on when these residents will be able to return home.
Report a correction or typo
Related topics:
camden (new jersey)roof collapsenew jersey newsapartmentsevere weather
Copyright © 2021 WPVI-TV. All Rights Reserved.
ROOF COLLAPSE 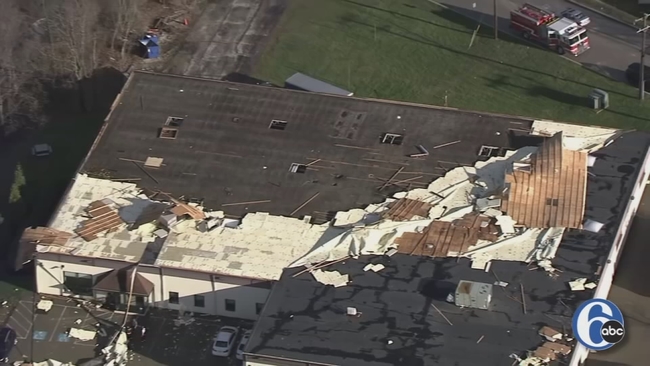 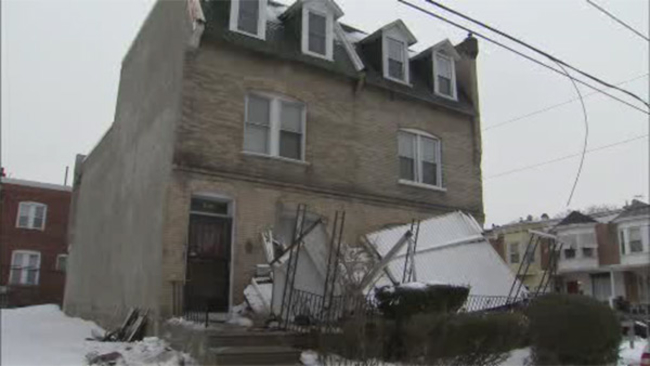