Driver tested for DUI after flipping truck on Roosevelt Boulevard 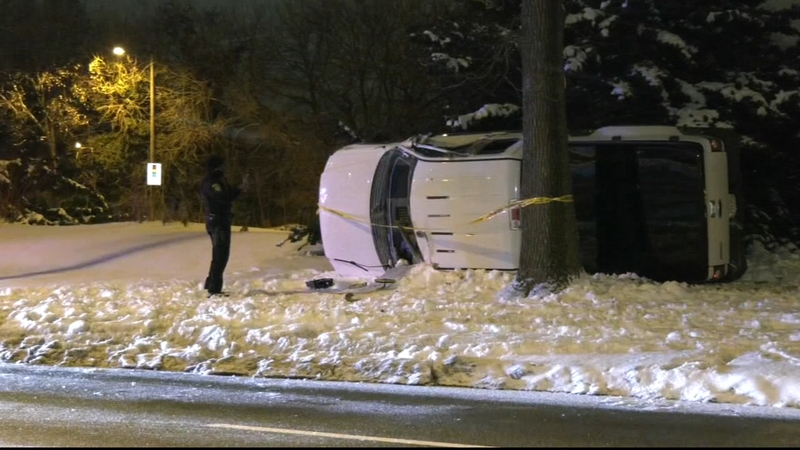 PHILADELPHIA (WPVI) -- Police were testing a pickup driver for DUI after he crashed on the Roosevelt Boulevard in Philadelphia's Hunting Park section.

It happened on the southbound lanes near 9th Street around midnight Wednesday.

Police said the driver lost control, left the roadway, and flipped the truck onto its side, landing on the snow-covered median.

The driver had to be rescued through the front windshield.

Police said he was not seriously hurt.

The driver was tested for DUI at the scene, but police have not released any further details.