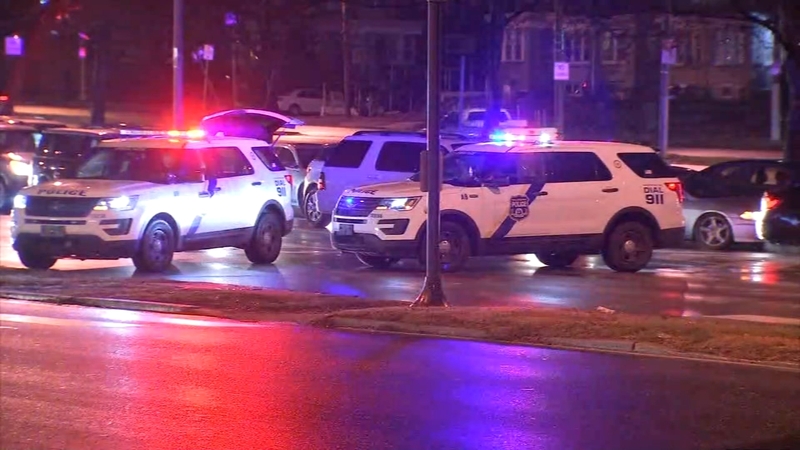 PHILADELPHIA (WPVI) -- Moments after a hit-and-run along the 4100 block of Roosevelt Boulevard, investigators searched the scene looking for any evidence that will help them track down the driver that hit a 19-year-old and just kept going.

"According to witnesses, when he was hit, his body was launched about 50 feet," said Chief Inspector Scott Small.

Police say the crime happened about 5:40 p.m. Tuesday. At last check, the unidentified victim was listed in critical condition.

"When police and medics arrived on location, they found a 19-year-old male in the southbound middle lanes. He was suffering from multiple injuries throughout his body," said Chief Inspector Small.

Employees at Speedy Lube didn't want to show their faces on camera but say they turned over their surveillance video to police.

"You see something flying in the air and it was the body and that is about it. A lady came out and helped him and stayed there until medics came," said an unidentified Speedy Lube Employee.

Those who live and travel along the busy multi-lane highway admit it is dangerous and they are afraid to cross it. Our cameras caught some people making the risky move of illegally making their way across the high traffic highway. They say the news of the hit-and-run is making them think twice.

"You have me scared because I just crossed the street. You saw me crossing the street and you saw what I just did right, and I don't usually do that but oh wow," said Theresa Harley of East Falls.

Residents tell Action News accidents are almost a daily occurrence and they are not surprised to hear about the hit run. However, the community is urging the driver to turn themselves in to police.

"It is the holidays. That is not a man, that is a kid. He is only 19 years old. Bring some kind of piece of mind to the family. Hopefully, just do the right thing have a heart whoever you are, do the right thing and turn yourself in," said the unidentified employee from Speedy Lube.

Police say they believe they have recovered some of what is believed to be the car involved in the incident.

Action News reached out to the City of Philadelphia about speed cameras that were supposed to be installed at the end of the year along Roosevelt Boulevard. The city says there has been a delay and the cameras should be installed in late 2020.