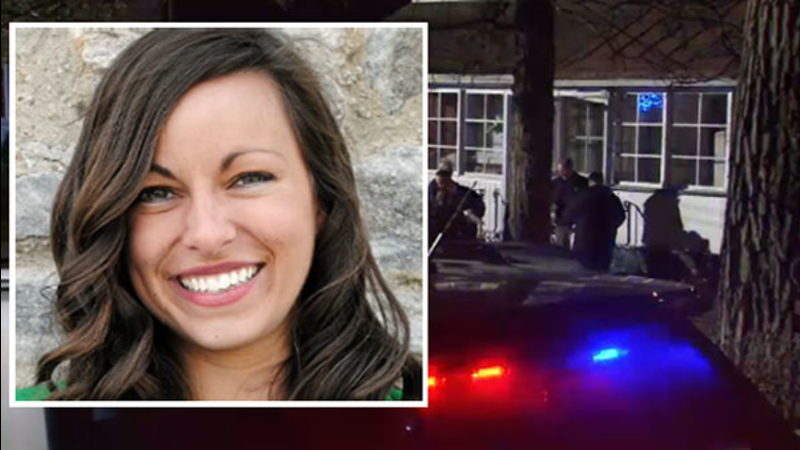 RADNOR TWP., Pa. (WPVI) -- Police have released new details pertaining to a murder-suicide in the Rosemont section of Radnor Township, Pa., where an extramarital affair may have been the motive for the attack.

The victims were identified as Jennair Gerardot, 47, of Wilmington, Delaware and 33-year-old Meredith Sullivan Chapman, who lived in the Lowrys Lane home where the bodies were found.

Police believe Gerardot broke into the house and waited for Chapman to arrive. They say Gerardot then shot Chapman as soon as she walked in, and then shot herself.

"You had a man that was married that was having an affair with this other woman. The wife knew about it, and this was a calculated, planned attack," said Police Superintendent William Colarulo.

It was Mark Gerardot who made the discovery, police say, after Chapman failed to show up for a date. Police said he discovered both of the women's bodies in the kitchen.

"There were emails and text messages indicating what she planned to do, and the detectives are still sorting that out," Colarulo said.

At first, officials thought Gerardot might have disguised herself and taken a train from Delaware to the home.

On Wednesday, the Delaware County Medical Examiner's Office turned over a set of car keys found on Gerardot.

Using the keys, Radnor police detectives said they were able to find a black Cadillac XTS parked on an adjacent side street to where the incident occurred.

Investigators confirmed the car was a rental obtained by Gerardot about two weeks prior in Wilmington, Delaware.

Police said personal effects of Gerardot were found inside of the vehicle, including a pair of binoculars, ammunition, rubber gloves and earplugs.

They said a receipt from a gas station was also recovered in the car, placing Gerardot in the area at 2:40 p.m. on the day of the murder.

Chapman, a 2007 graduate of the University of Delaware, worked for the school in media relations and marketing and was recently hired as an assistant vice president at Villanova University. She ran unsuccessfully for a state Senate seat in Delaware in 2016.

"Most people who met Meredith were instantly dazzled by her. She was full of energy, motivation and passion and drive," said former UDel co-worker Katy O'Connell.

She was new to the Rosemont neighborhood.

"She seemed like a sweet little girl. I talked to her Saturday, she was waiting for her furniture truck to get here," said neighbor Bob O'Neill.

Another neighbor, Melissa DeJoseph, was likely the last to see Chapman before the ambush Monday night.

"As soon as she went in, probably less than five minutes after she went in, and I heard a noise that at the time I thought, 'Is that a gunshot?" she said.