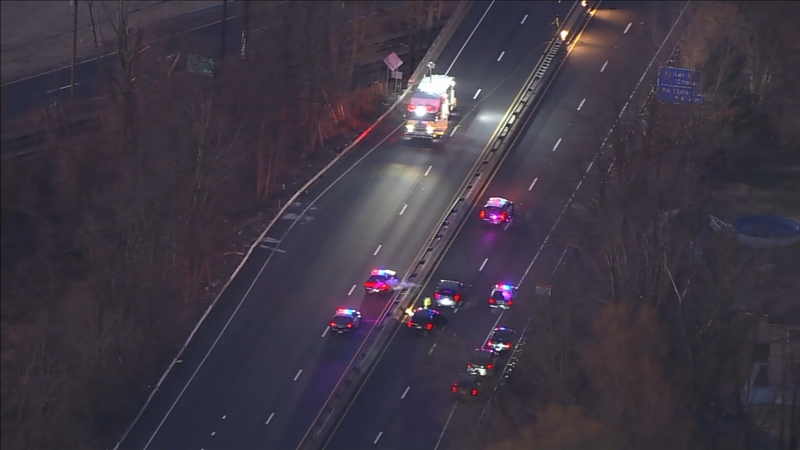 MIDDLETOWN TWP., Pennsylvania (WPVI) -- The discovery of human remains found in Philadelphia is connected with a deadly hit-and-run accident that claimed a woman's life in Bucks County on Monday, Action News has learned.

Police say 29-year-old Alexandra Ridgway was struck by multiple cars and ultimately killed while either walking on or attempting to cross Route 1 in Bucks County early Monday morning.

The incident had closed all lanes of US 1 near Neshaminy High School in Middletown Township.

"We had traffic from 5:30 on, we heard a lot of backing up, beeping trucks, things like that," said homeowner Stacy Allen. "I thought it was an accident because it's usually very good, the (traffic) flow is good, I love living here so I knew it had to be something crazy."

Crash shuts down portion of Route 1 in Bucks County

Middletown Township police released a statement saying the woman was struck by multiple cars on the southbound side of the highway; none of the striking vehicles remained at the scene.

"I don't know what she was doing at 3:30 in the morning unfortunately, and I can't believe anybody didn't stop," said homeowner Tanya Berndt of Middletown Township. "That's ridiculous."

Philadelphia police say they discovered human remains along the 8800 block of Pine Road in the Fox Chase section of Philadelphia shortly after 8:30 Monday morning.

A source tells Action News that police believe the remains are connected to the hit-and-run crash.