1 dead after collision on Route 30 in Chester County, Pennsylvania: Police 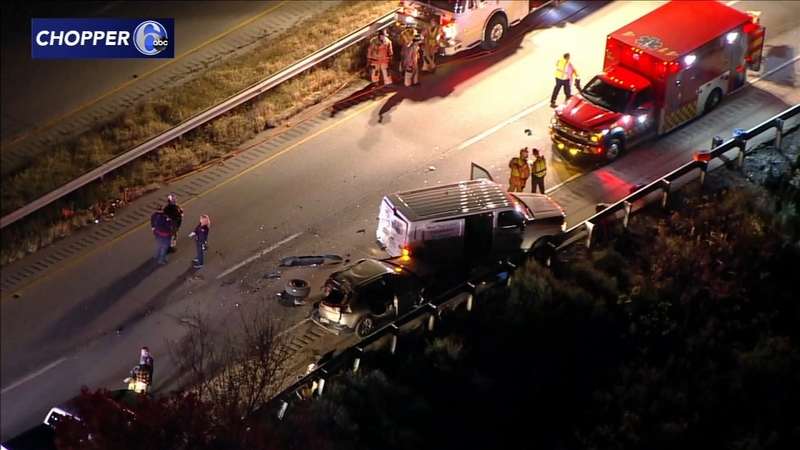 1 dead after crash on Route 30 in Chester County

CALN TOWNSHIP, Pennsylvania (WPVI) -- One person has died after a crash on Route 30 in Caln Township, Chester County, according to Pennsylvania State Police.

It happened around 7:50 p.m. Wednesday along the westbound lanes of the Route 30 bypass near the Fisherville exit.

Police say an SUV and work van collided, ejecting one person from the wreckage.

Several others were injured in the crash, police say. No word on their conditions at this time.

On Thursday, authorities said Charles Gorman was charged in the wreck. He was arrested after fleeing from the scene.

Gorman is charged with homicide by vehicle, DUI and other charges. His bail was set at $850,000.