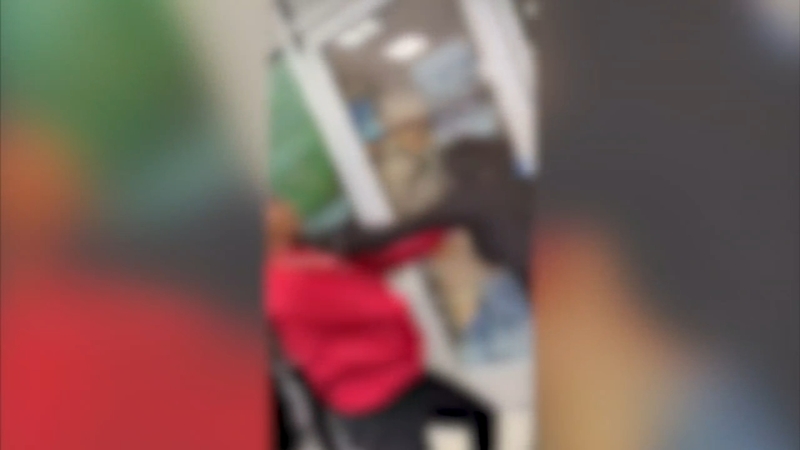 Authorities say the fight was never reported to police, but a car accident involving two female students after the brawl was reported.

"If anyone has more video that was out there that could even shed more light on the totality of what happened we would certainly request that," said Staff Inspector Sekou Kinebrew.

No charges against the teens have been filed.

The video depicts both male and female students watching and participating in the fight.

Police say at the time, the collision was looked into as a possible hit-and-run, however new leads, like the video may prove useful in this latest investigation.

"It looks like it could be the case where the person was near enough by that we wouldn't want to say he or she left the scene," said Kinebrew.

Nearby business owners say fights in the area have been a frequent occurrence, but never to this scale.

"No, I mean it was never to that extent, I've seen them fight on Ridge before, but never to the extent of someone getting hurt," said Lisa Biddle.

Action News received a statement from the School District of Philadelphia regarding the incident:

"The District expects for all students to follow and abide by the Student Code of Conduct and failure to adhere will result in disciplinary action. The consequences for the students involved in the incident were addressed in alignment with District policy. School staff have been involved in ongoing conversations with the Roxborough Business Association about potential solutions to relieve the issues and help ensure neighborhood safety."


Police say they are also working with school leaders to form a plan to get ahead of any future fight that may occur.