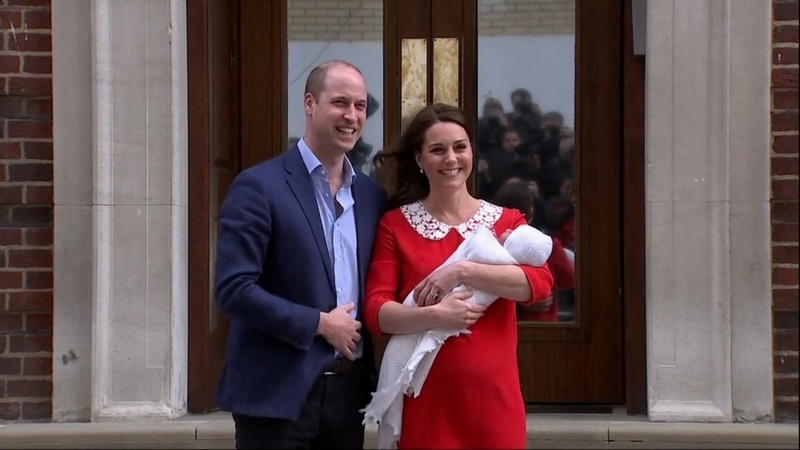 Kate Middleton has been known to make fashion choices that seem to salute Princess Diana, and Monday's royal baby arrival was no exception.

As the Duchess left the hospital with the her new little one and husband Prince William, the dress she wore bore similarities to the one Princess Diana wore when she gave birth to Prince Harry. Both dresses were red with white collars, which royals fans were quick to point out.

The baby is fifth in line to the throne, after grandfather Prince Charles, father Prince William and the two older siblings Prince George and Princess Charlotte. The new arrival bumps Prince Harry, the baby's uncle, to sixth place in the line of succession.