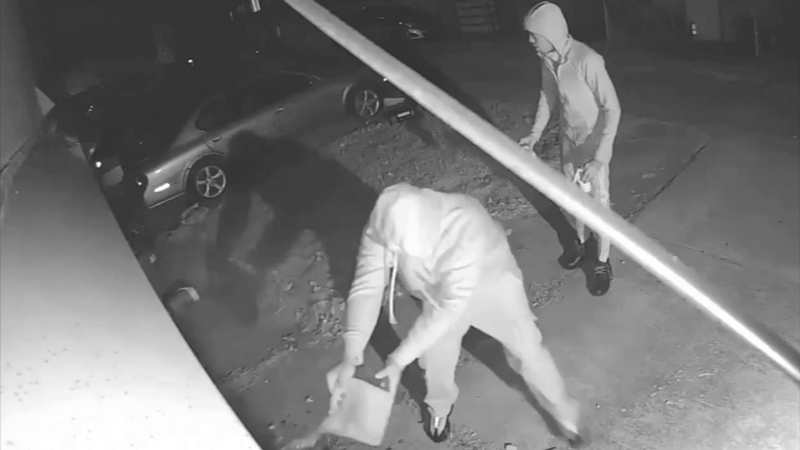 Investigators said around 4 a.m. Saturday, two men entered the alley on the 7400 block of Rugby and doused the back of a rowhome with what appears to be gasoline.

In surveillance video, one of the suspects can then be seen throwing a Molotov cocktail at the house.

Police said a woman and her child were inside the home. The mother called 911 and firefighters quickly put out the blaze.

Harold Austin, who lives nearby, says the woman knocked on his neighbor's door pleading for help.

"She was pretty calm. I thought it was a gas leak or something," said Austin.

Police released the video because the victim apparently does not recognize the suspects, raising the possibility they tried to torch the wrong house.

No one was injured in the incident and the home only suffered moderate damage.

"They just moved in like a year ago. She is a good quiet neighbor," Moss said.