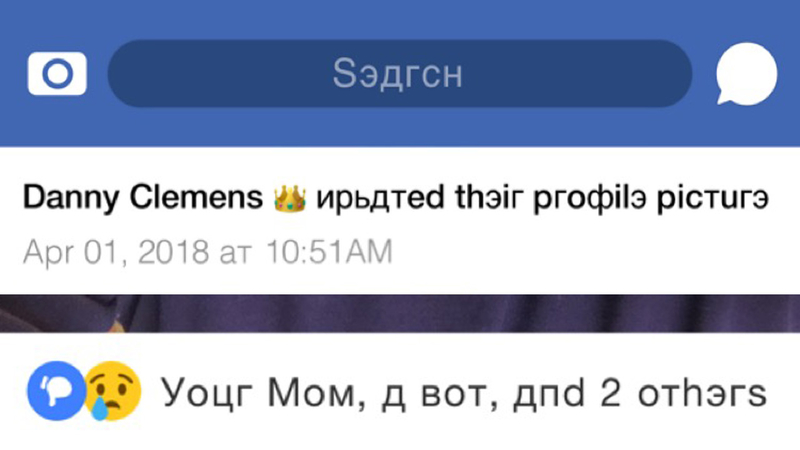 For April Fool's Day, Snapchat is taking a deep dig at rival Facebook with a jab at the embattled social network's apparent role in foreign election interference.

Snapchat's newest filter -- which you can find by swiping right after snapping a photo -- shows a mock Facebook post that you might see after changing your profile picture on Facebook. Above your photo, the text "(Your name) updated their profile picture" appears in a faux-Cyrillic font.

Below your photo, the filter indicates that "your mom, a bot and 2 others" have already reacted to the photo, some with a sad face, all in the style of an actual Facebook post.

It's all a nod to the ongoing investigation into Russian meddling during the 2016 election. Russia is accused of operating massive bot farms that flooded Facebook and other social media websites with propaganda intended to rile up coveted swing voters to sway the election in President Donald Trump's favor.

In some cases, the Russian trolls and bots allegedly hijacked the online identities of actual people, using their names and photos to appear more realistic. Trump's campaign and administration have both repeatedly denied that any collusion occurred.

Cambridge Analytica, a third-party data firm that worked with the Trump campaign, is also accused of misusing Facebook user information during the election. The company allegedly used that data to "build psychological profiles so voters could be targeted with ads and stories," according to the Associated Press.