'It was very dangerous': Lehigh University grad living in Ukraine escapes to Poland

"We went through 18 checkpoints, two Ukrainian and 16 of the invaders. It was very dangerous," Alina Beskrovna said.
WPVI
By Bryanna Gallagher 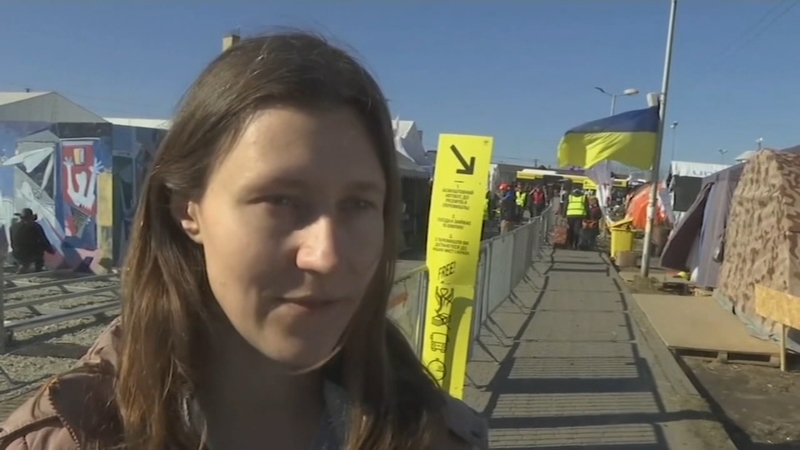 'It was very dangerous': Lehigh grad in Ukraine escapes to Poland

PHILADELPHIA (WPVI) -- A Lehigh University graduate from Mariupol, Ukraine has safely made it to Poland after weeks of hiding and dangerous travel.

"We went through 18 checkpoints, two Ukrainian and 16 of the invaders. It was very dangerous. We know that a convoy of private cars, just like ours, was shelled by the Russians just two days before we went," said Alina Beskrovna.

She said the situation was so dire that they had to take a chance and go. Luckily, she was able to escape with her mother and four others. She said it was the scariest drive of her life.

Earlier this month, Beskrovna shared the harrowing story of her last 30 days in hiding in the city of Mariupol.

"The last month has been hell. The Russians are literally wiping the city off the map. We lost everything. We don't have a home or a hometown to go back to. I personally know two neighbors who have been killed. I don't know where my father is. He has been missing since the 28th. I do not know if he is alive," said Beskrovna.

"We had no water. We had to look for a well and boil and reboil and filter. We had very little food. We started rationing closer to the end of the fourth week," she said.

Beskrovna said the Russian army was wiping Mariupol off the map, and with it her home. The worst part, she doesn't know where her father is.

"...I do not know if he's alive I haven't heard from him," Beskrovna said.