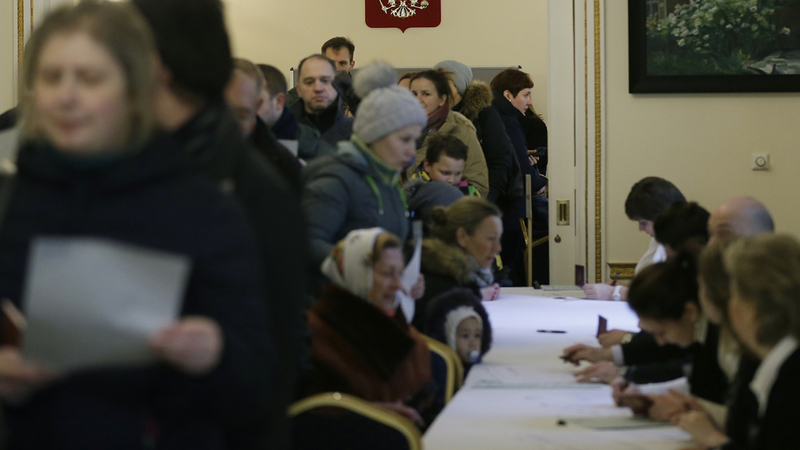 Russia lures voters to the polls with free iPhones, cars

While countries around the world are battling low election turnouts and voter apathy, some Russian election commissions are reportedly luring voters to the polls by offering free iPhones, watches and even cars.

Regional election commissions have been instructed to craft a "holiday-like atmosphere" around Sunday's presidential election, according to various local media reports.

As part of a $13 million public relations campaign, one agency is sponsoring a post-voting selfie contest aimed specifically at young voters, according to the Moscow Times, an English-language newspaper in the capital. The paper said similar giveaways were piloted during local elections last September.

First-time voters were promised concert tickets at some other polling stations in Moscow, according to the Associated Press, and cities in Siberia are giving away Apple Watches, cars and GoPro cameras as part of similar publicity campaigns, Radio Free Europe reported.

Incumbent Vladimir Putin is widely expected to win a fourth term, his last under current constitutional term limits. Putin urged voters to "use your power to choose the future of our great country" during a televised address before the election.

One local mayor told the AP that local and state employees have been pressured to make sure voter turnout is above 60 percent. For comparison, 55.7 percent of the U.S. voting-age population participated in the 2016 presidential election, according to the Pew Research Center. Several European nations saw voter turnout percentages in the sixties and seventies in recent national elections.