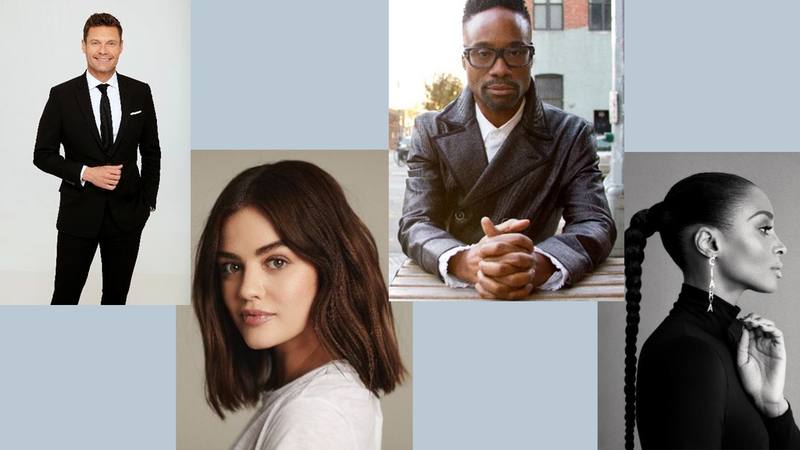 The spot opened up after co-host of 10 years Jenny McCarthy bowed out of the Times Square show.

Viewers best know Hale for her role on Freeform's "Pretty Little Liars," but the award-winning actress has also been hard at work filming "Dude" for Netflix and Sony/Blumhouse's "Fantasy Island."

And that's not all.

He's taking the reins in the Central Time Zone and making his debut as host of the New Orleans countdown.

He most recently won the Emmy Award for Lead Actor for his role in FX's Emmy- and Golden Globe-nominated drama "Pose," as well as appeared in "American Horror Story: Apocalypse." However, he may be best known for his award winning role of Lola in the Broadway show "Kinky Boots."

Returning to the show for her third year, multi-platinum selling artist Ciara will once again oversee the Los Angeles festivities.

This is the 48th anniversary of the show and includes 5.5 hours of special performances and reports on New Year's Eve festivities from around the world.