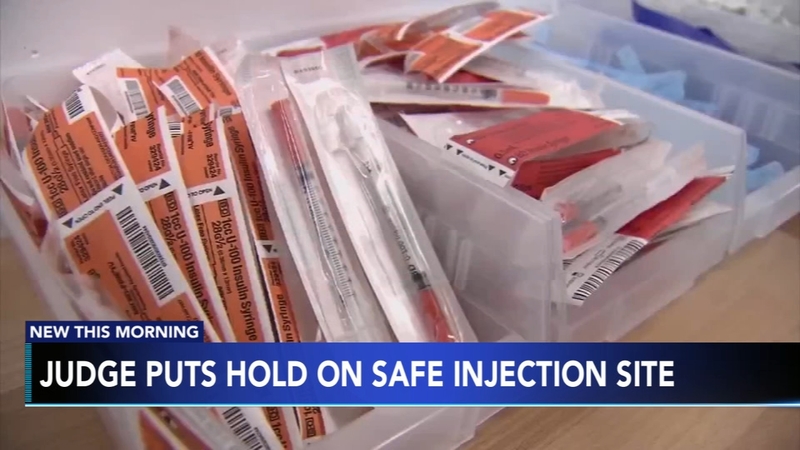 Safe Injection site placed on hold due to pandemic

PHILADELPHIA (WPVI) -- The plan for a safe injection site to open in Philadelphia is on hold.

A federal judge granted a stay Wednesday, citing the ongoing pandemic and civil unrest in his decision.

Back in February, Safehouse, a non-profit chaired by former Governor Ed Rendell, announced its intention to spend almost $2 million a year to operate a safe injection site in Philadelphia.

Mayor Jim Kenney announced last year he and other city officials supported Safehouse's plan to open locations where people can inject drugs under the supervision of a doctor or nurse who can administer an overdose antidote if necessary.

Residents in South Philadelphia protested to prevent the safe injection site from opening in their neighborhood.

An appeals court will have to decide if the safe injections site is legal.