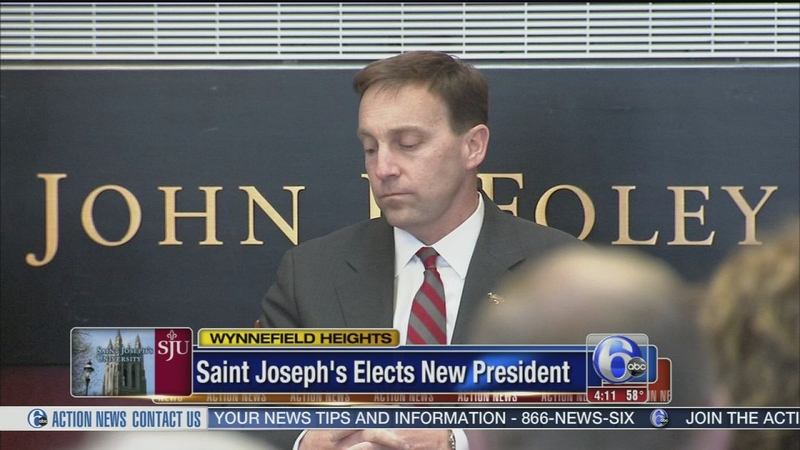 WYNNEFIELD (WPVI) -- Saint Joseph's University has chosen a lay leader for the first time in its 164-year history.

He was introduced to the school community at a convocation on Wednesday.

"I am honored and humbled to be chosen as Saint Joseph's University's first lay president," says Reed.

"As a Philadelphia native, I have known and cared about Saint Joseph's all of my life. I am deeply inspired by its Jesuit, Catholic heritage, its reputation for academic excellence, and its dedication to serving the surrounding community and the world beyond its borders. I look forward to working with the University's outstanding faculty and staff to help fully realize its mission."

Reed is a 1992 graduate of St. Joseph's Preparatory School in Philadelphia.

He currently serves as senior vice president and chief of staff at Fairfield University in Connecticut. Both Fairfield and Saint Joseph's are private Jesuit schools.

Reed will replace the Rev. C. Kevin Gillespie, who is stepping down after a three-year term.

Saint Joseph trustees say Reed has a lifelong commitment to Jesuit values and mission, and an outstanding record as a leader in Catholic higher education.

"Dr. Reed's lifelong commitment to Jesuit values and mission, and his outstanding record as a leader in Catholic higher education, make him the perfect choice to lead Saint Joseph's into the future."

Reed will be the school's 28th president.