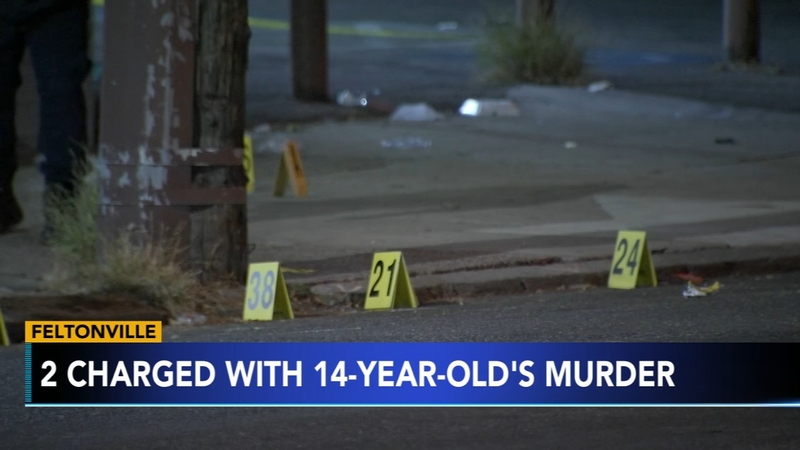 PHILADELPHIA (WPVI) -- Members of the U.S. Marshal's Fugitive Task Force arrested a man Tuesday in connection with the murder of a 14 year-old-boy in Philadelphia last year.

Jahlil Williams, 23, was arrested for murder at about 8 a.m. in Atlanta, Georgia, authorities said.

Three other men, including 21-year-old Quadir Johnson and 21-year-old Kyair Garnett and Haneef Roberson have already been arrested on murder charges in connection with the shooting.

Police said Samir Jefferson, 14, was shot at least 18 times throughout his body on November 29, 2021. Police believe the gunmen fired approximately 35 shots at him.

During the investigation into the shooting, authorities in Philadelphia developed information Williams may be hiding in Atlanta, Georgia.

On Tuesday, a search warrant was executed by SWAT officers at a short-term residence Marshals believed Williams to be staying. Williams was arrested without incident.

He is now awaiting extradition back to Philadelphia.

Jefferson was unarmed when police say he was tracked down and killed while waiting for a bus after school.