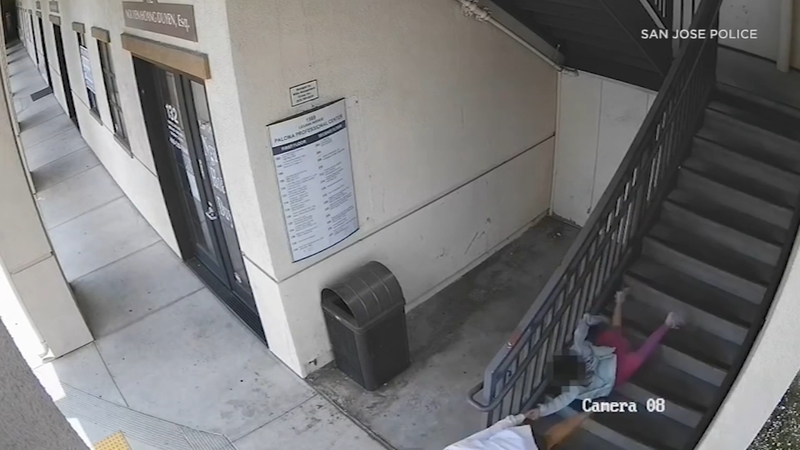 SAN JOSE, Calif. (WPVI) -- Shocking video shows a thief violently yanking a purse from a woman walking up a flight of stairs with her young daughter in hand in San Jose, California. The woman and the girl were both dragged down the stairs.

KABC-TV reports, police were called to a report of a purse snatch robbery around midday on May 6 in the 1500 block of Towers Lane. Police said the suspect approached the woman from behind, grabbed the purse from her left hand and forcefully pulled it away. This resulted in the woman and her daughter getting dragged down the flight of stairs.

Detectives conducted an investigation, canvassing the area for witnesses and evidence. They found surveillance video of the incident, and they also got a lead about a vehicle possibly connected to the suspect - a black Lexus four-door.

Upon investigating many elements, detectives were able to link other similar purse snatch robberies and identify the suspect in the video as Pablo Cabrera.

Investigators said all of Cabrera's victims were Asian females carrying expensive purses. He would attack victims from behind, grab their purse and run to his car.