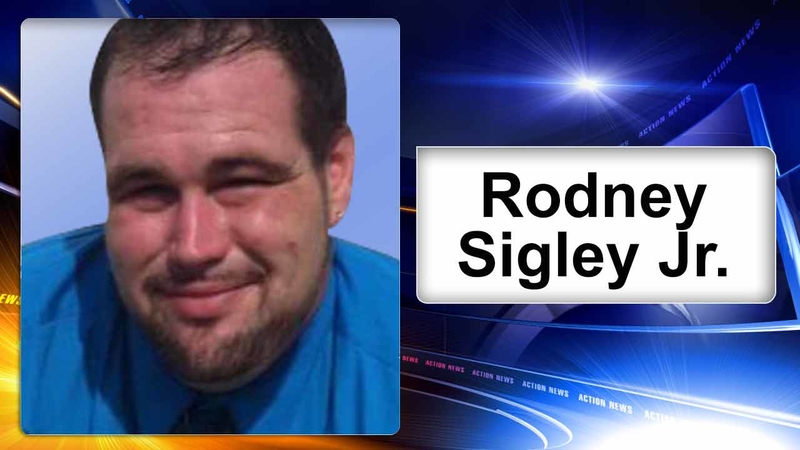 BETHLEHEM, Pa. (WPVI) -- Police say a Bethlehem man was killed in a collision with a bus carrying students from Lehigh University Tuesday night.

Action News spoke with the man's family, who describe him as a good person who had a real problem with substance abuse.

Yvonne Sigley will always remember her grandson Rodney Sigley Jr. as a helpful young man with a kind heart.

She says, "He was a good boy. He used to come and cut our grass all the time and everything. He had his very good points. We were just with him the night before at his son's birthday."

But the Sigley family admits the 28-year-old was fighting to overcome a long-term problem with drug addiction.

His father, Rodney Sr., says beneath his 6'2" 230 pound exterior, his son was a kind, but troubled soul.

He said, "I believe he was still a gentle giant. He's got some demons, but his past is his past. He came a long way."

It was Tuesday evening when Rodney Sigley, Jr. was pulled over along Route 22 in Bethlehem for allegedly following the vehicle in front of him too closely.

Investigators tell Action News that Sigley was driving with a suspended license and a string of past traffic violations, including five active warrants.

As the officer returned to his squad car to process Sigley's information, the 28-year-old allegedly darted back into traffic.

The officer barely had time to give Chase as Sigley's vehicle slammed into the back of a Lehigh University bus carrying 18 members of the school's crew team, plus the driver.

The bus flipped repeatedly before coming to a stop upside down.

No one inside the bus was seriously injured, but Sigley, whose vehicle went up in flames, was killed.

On Wednesday his family told us the real tragedy is that Rodney's life ended before he could fully get it back together.

His father says, "The demons wouldn't let him go, and I hope he's in a better place. That's all I can say."