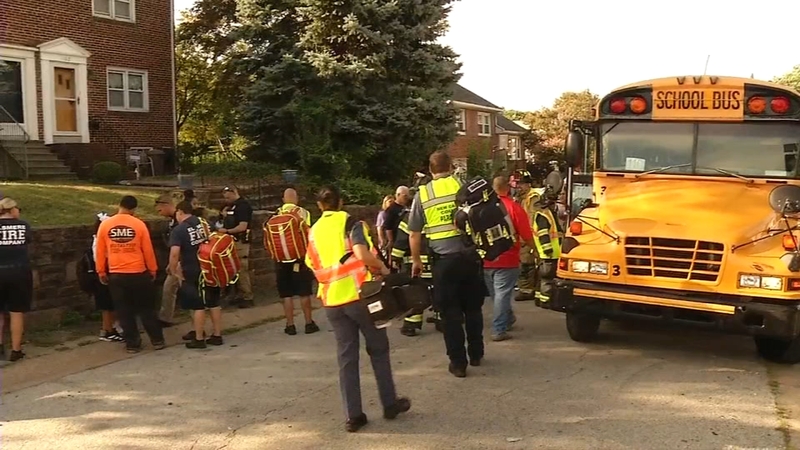 It happened just before 9 a.m. at St. Elizabeth's Street and Clayton Road in New Castle County.

Police said a school bus on its way to Richardson Park Elementary School neglected to stop at a stop sign and collided with a blue 2012 Chevy Cruz.

Five of the 17 students on the bus were transported to area hospitals after sustaining minor injuries while being thrown from their seats, officials said.

All five students were treated and released.

Officials said the 90-year-old driver of the Chevy Cruz did not complain of any injuries and was able to drive his vehicle away from the scene.