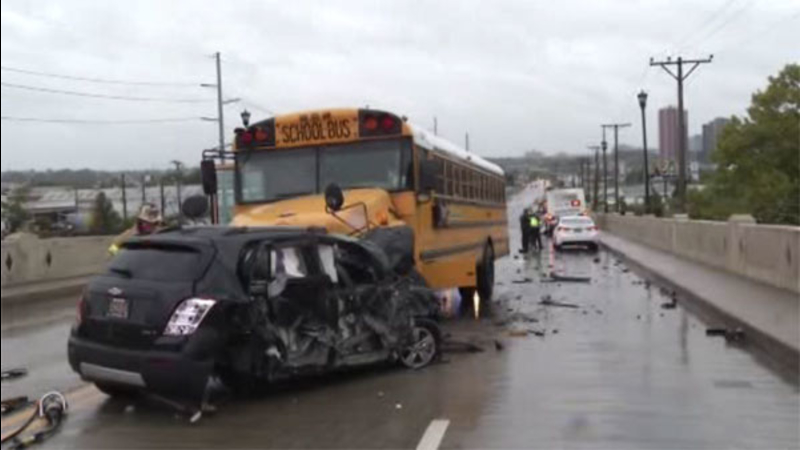 WILMINGTON, Del. (WPVI) -- Delaware State Police say a woman is dead after a school bus, a DART bus and SUV collided in Wilmington.

Police say the SUV collided head-on with the school bus and the DART bus sustained some damage in the collision.

Police have identified the driver of the SUV as 57-year-old Dorothy A. Pierce of Newark, Delaware. She died at the scene.

The school bus driver and a passenger on the DART bus were taken to Wilmington Hospital to be treated for nonlife-threatening injuries.

The school bus was not carrying passengers at the time.

Both the northbound and southbound lanes of South Market Street were shut down as police investigated and crews worked to clear the scene.

Police say the investigation into what caused the crash continues.