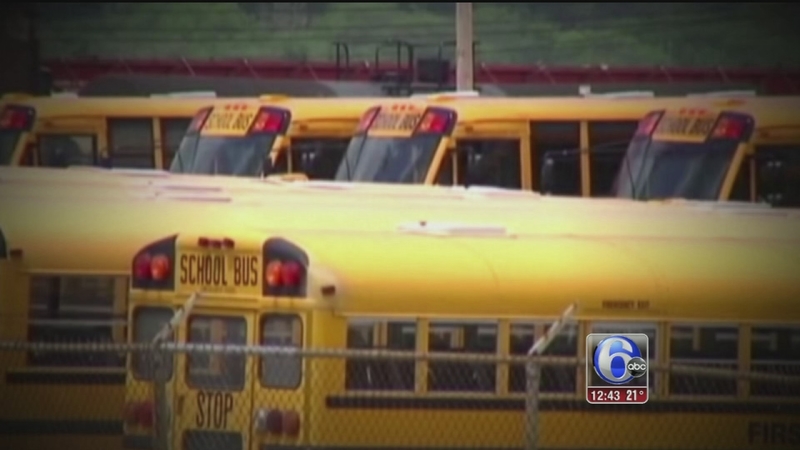 School bus drivers around the country are in the spotlight after a number of disturbing incidents.

Important questions are being raised about people behind the wheel and how you can protect your children.

Newly released surveillance video from inside an elementary school bus near Houston shows the driver yelling at the children to stop talking.

After an hour, the driver decides she's had enough and calls her boss.

"You need to send somebody to get this bus and these kids. I'm done," she said before walking out of the bus.

The school district says she waited outside until other employees arrive, but some parents are furious.

"This is not ok when we are trying to teach them they can trust adults. They can't trust people like this," said parent Andrea Uhl.

The bus driver resigned and an investigation is underway.

But she's not the only bus driver seemingly misbehaving.

A driver in Ohio was caught taking a selfie with a beer bottle inside the bus.

While the bus company says no children were on board, the bottle was unopened and the photo was taken when she was done for the day.

A spokesperson tells ABC News: "We are incredibly disappointed by our driver's actions. The driver has since been removed from service permanently."

In 2013, a Florida school bus driver was suspended for texting while driving. A child recorded it on a cell phone.

A bus driver in Utah who was caught swerving on the roads back in October is now facing misdemeanor charges for driving under the influence of prescription drugs. Her lawyer reportedly argued she was suffering from migraines.

So what can parents do? Experts say to make sure the bus company or school district has anti-texting and anti-calling policies in place and to encourage your child to tell you about any strange behavior on the bus.