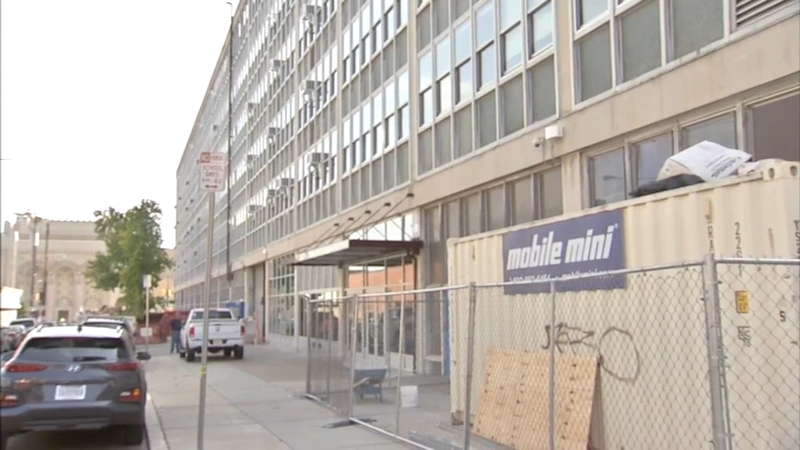 PHILADELPHIA (WPVI) -- A Philadelphia school district task force has decided on the temporary relocation sites for hundreds of students who have been displaced due to exposed asbestos in the school building.

A thousand students who make up the shared campus of Ben Franklin High School and Science Leadership Academy in Spring Garden have been out of school for more a week.

The task force also said that SLA students will be temporarily moved to the school district headquarters on N. Broad Street, located a block from the current campus, along with Rodeph Shalom synagogue.

The revisions come after heated town hall meetings earlier this week where furious parents expressed concerns over plans and delays.

The schools have been closed since Oct. 1, following the discovery of asbestos found in damaged insulation in the campus boiler room.

All of this happened after classes were originally delayed at the start of the school year due to a $37 million construction project at the school.

The project was supposed to be completed in July, but that didn't happen.

"It is clear we significantly underestimated the challenge of maintaining a safe and healthy school environment for students and staff while also continuing major construction on multiple floors during the school day," Superintendent Hite said in a letter to parents.

School district officials acknowledged they have many older buildings with asbestos and lead-based paint, but add they have comprehensive protocols to asses and monitor conditions to ensure students and staff are safe.