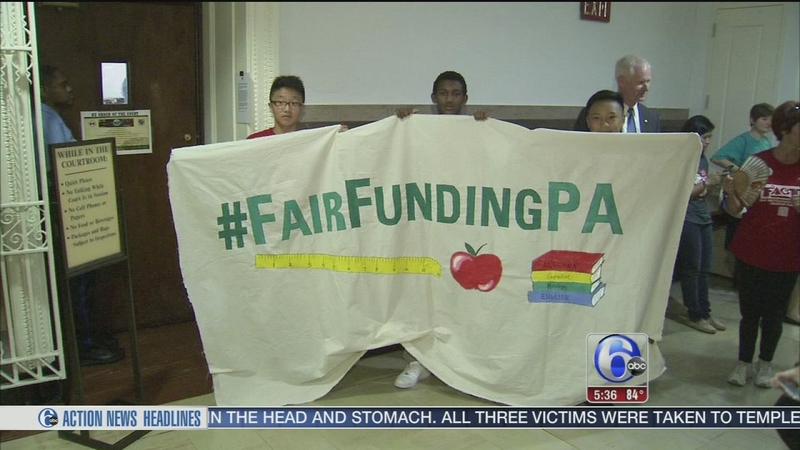 "(Lawmakers) have fallen down terribly. They have not done their jobs," lawyer Brad Elias argued for a group of parents and school districts who want the funding plan declared unconstitutional. "The entire system is just arbitrary."

Several justices appeared reluctant to "lean on" or "micromanage" lawmakers who divide more than $10 billion in annual aid to Pennsylvania's approximately 500 school districts, and already devote more than half that budget to the 125 poorest districts. But one wondered why reformers shouldn't at least get to air their grievances at trial.

Elias said that Pennsylvania had the nation's largest funding gap between low- and high-income districts, given that parents in wealthier zip codes supplement the school budget with property taxes and other funds that dwarf what low-income communities could raise. The budget per student ranges from about $10,000 to $28,000 across the state, the plaintiffs said.

That means that students who need the most resources get the least, said Elias, who called the system "unconscionable."

Democratic Gov. Tom Wolf has raised education funding by about $350 million this school year and steered more funds to low-income districts. Still, he joined the Republican-led legislature in calling school funding a political problem that should be resolved through debate and compromise at the statehouse.

The justices did not indicate when they would rule on the issue, which has long been a contentious one across the country.

Courts in 27 other states have waded in to the school funding debate, Elias said, most recently in Connecticut, where a judge appalled by disparities between inner-city Bridgeport schools and neighboring ones in upscale Fairfield last week ordered a legislative fix within six months.

"So you want us to lean on the state legislature? I'm not sure that's our role," Justice Max Baer said.

The panel of four men and three women feared wading into "legal quicksand" if they accept the challenge of finding a solution to the school funding and achievement gap. They questioned whether spending the same amount per child would guarantee equal outcomes, a conundrum that other states have faced as they moved toward a progressive funding structure.

A lawyer for the state Education Department complained that reformers want the court to seize control of a third of the state's $31 billion budget.