School shootings in America: See a map of all incidents from 2010-2019 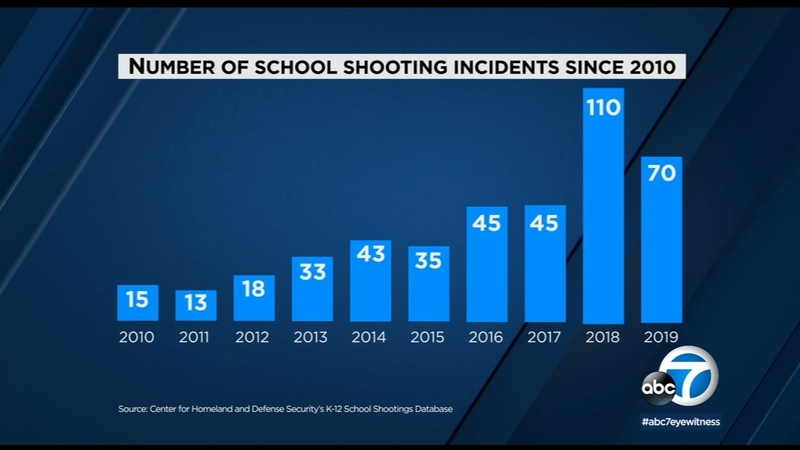 School shootings in America: See map of all incidents from 2010-2019

How many school shootings have there been in America in 2019? So far, the number is about 70 incidents estimated nationwide, and more than 400 since 2010. More than three-quarters of them were during school hours, according to the Center for Homeland and Defense Security's K-12 School Shooting Database.

Below is a map showing every school shooting incident nationwide since 2010. Click on an incident to learn more about it.

On average, shootings at schools have been increasing since 2010, with the biggest jump occurring between 2017 and 2018 where incidents more than doubled.