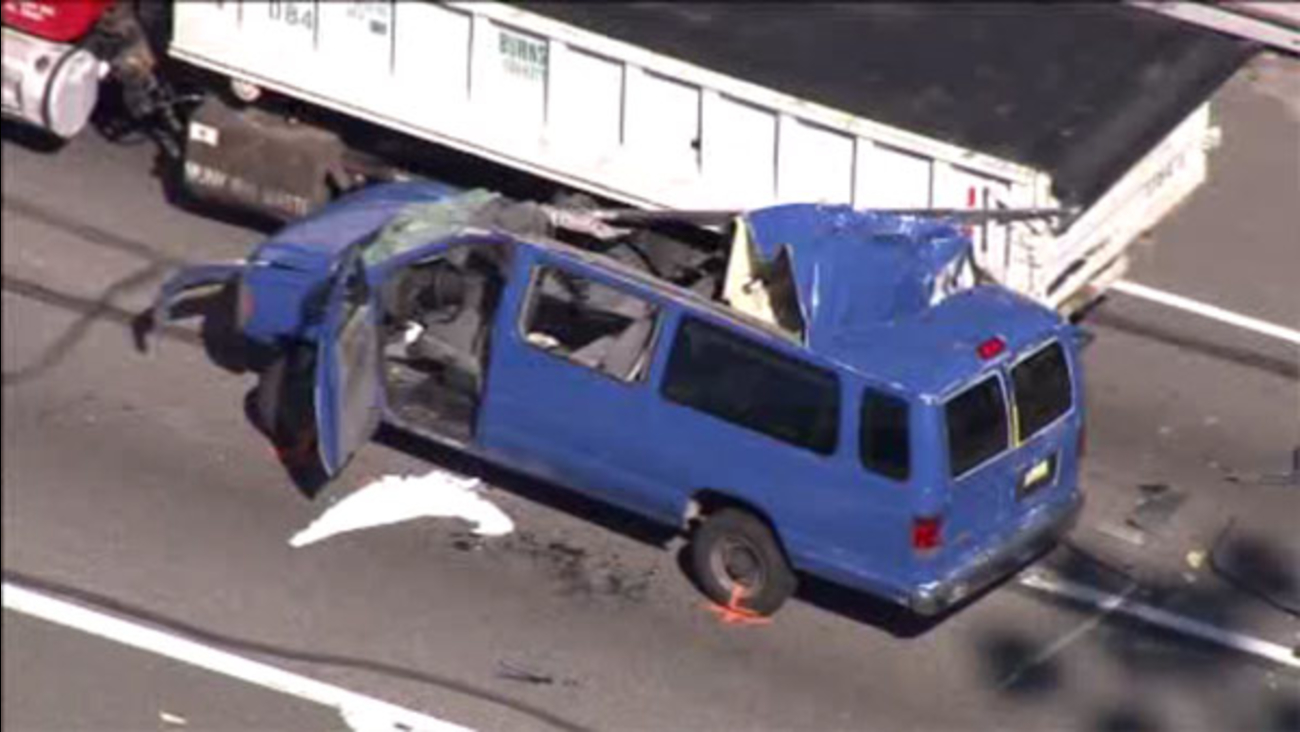 EAST FALLS (WPVI) -- One person is dead and several others are injured following a crash on I-76 in East Falls.