FAIRMOUNT PARK (WPVI) -- Heavy buckets, similar to those used to anchor the bodies found in the Schuylkill River on Wednesday, were found in a house that is part of the investigation.

The Action Cam was there as police carried buckets of roofing cement from the house on Thursday.

Investigators also recovered duct tape and water bottles that will be processed for DNA samples.

Police have also searched a home next door, believed to be owned by one of the suspects, and a trailer parked nearby that may have been used as part of a marijuana grow operation.

The still unfolding case involved the abduction of three men, who were bound, stabbed, and thrown into the Schuylkill River in Fairmount Park.

Two men died while a third survived. That man was identified by police sources as 23-year-old Thanh Voong.

Police sources say the abductors and the victims all know each other and are members of an Asian drug gang.

The house, on 72nd Street near Elmwood Street, in Southwest Philadelphia, is where police believe the victims were tortured and stabbed, sources say.

The two men who died were brothers who were allegedly given $100,000 to buy drugs, but instead they gambled it away at Harrah's Casino in Chester.

When he showed up at the house, he was also bound and tortured.

The abductors later drove the three men to the banks of Schuylkill on Kelly Drive, slit their throats and threw them in the river.

Police say the brothers were anchored to heavy weights, but Voong was thrown in first without an anchor.

He played dead and managed to make it to shore after the abductors drove off, police said.

Neighbors say the owner of the house drove off in a green van Wednesday morning. His wife and five children left in a white Mercedes a couple of hours later.

They say, before Wednesday, they would see people coming and going from the house at all hours.

As for the surviving victim, Voong was last reported to be in critical condition. Authorities are hoping to learn more from him now that he is recovering from his injuries at Hahnemann University Hospital.

Detectives are gathering video from surveillance cameras at the home where the incident took place.

Police say they know the five to six men they are looking for and a manhunt is underway. 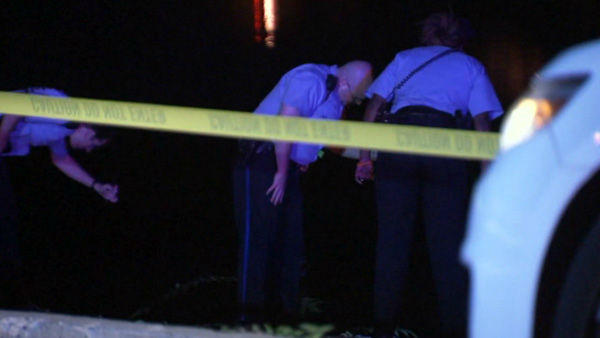