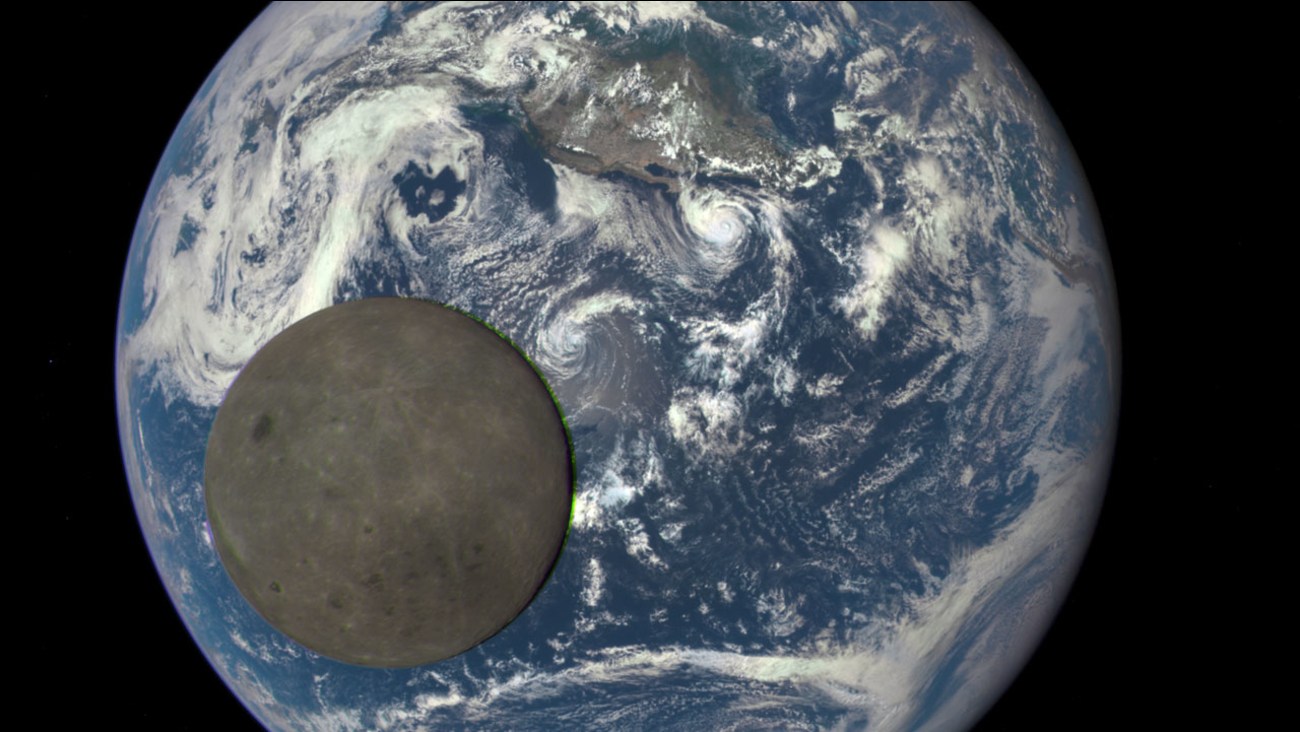 GREENBELT, Md. (WPVI) -- A satellite caught this stunning view of the Earth and the dark side of the moon from a million miles out in space.

NASA released this photo from the Deep Space Climate Observatory (DSCOVR) as it passed in front of the sunlit side of the Earth in July.

DSCOVR orbits the Earth from a million miles up, conducting real-time monitoring of the solar wind for the National Oceanic and Atmospheric Administration, keeping an eye on the planet at all times.

The new image series is one of the best views of the Earth and moon together in years. NASA's Deep Impact spacecraft caught a similar photo in 2008, but it was from a distant 31 million miles away.

"It is surprising how much brighter Earth is than the moon," DSCOVR project scientist Adam Szabo told NASA. "Our planet is a truly brilliant object in dark space compared to the lunar surface."