See the greenest states in the US, according to WalletHub 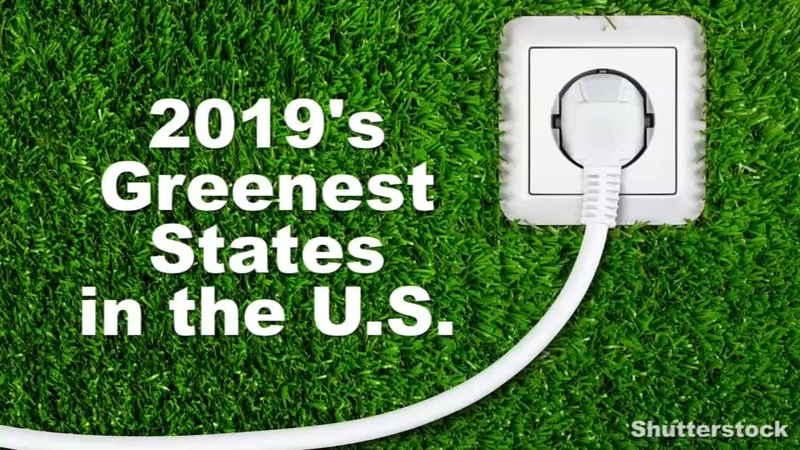 See the greenest states in the U.S., according to WalletHub

Eco-friendliness has become increasingly popular in the past decade, and although many people pick up eco-friendly habits to help the environment, these changes can also help the economy.

According to personal finance site WalletHub, the U.S. was home to three of the world's costliest disasters in 2018. Scientists attributed these disasters to unusually warm Atlantic waters, so living greener lifestyles could prevent disasters of this scale in the future. Researchers at WalletHub released a report on the greenest states in the U.S. to show which states are trying to increase sustainability to decrease environmental harm.

WalletHub compared each of the 50 states on 27 key metrics to determine which states are making the greenest choices and which states are putting the environment on the back burner. Vermont came out on top as the greenest state in the U.S., and ranked as the state with the best environmental quality. New York was named the second greenest state and as the state with the second lowest energy consumption per capita. Oregon ranked third, followed by Connecticut and Minnesota.

Illinois could use some work in the eco-friendliness department, according to the report. The Land of Lincoln ranked 22nd on the list, and ranked 29th in the "climate change contributions" category. Despite these rankings, Illinois gets a few redemption points in some of the other categories. The state ranked 11th in water quality and has the fourth-lowest gasoline consumption (in gallons) per capita.

While some states are making significant efforts to save the planet, others, like Louisiana, are falling behind in the eco-friendly movement. The state ranked 50th on the list as the least green state in the U.S., and placed last in the "Environmental Quality" and "Eco-Friendly Behaviors" categories.