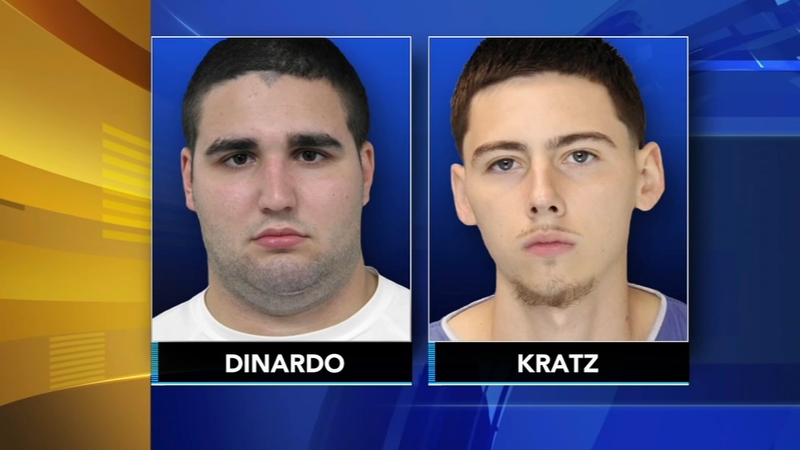 Prosecutors file motion to include Kratz's alleged violent past

DOYLESTOWN, Pa. (WPVI) -- We are learning more about the case being built against one of the young men accused of taking part in a quadruple murder in Bucks County last year.

Prosecutors filed several motions Wednesday hoping to show Sean Kratz had a history of violence before his trial.

They want to include allegations that Kratz shot someone in Philadelphia back in November of 2016, causing serious injuries.

They also want to use records showing Kratz was committed to a hospital that same year for allegedly showing his 9-year-old brother a gun and threatening to kill him and his sister.

Those incidents reportedly happened less than 10 months before the murders of four young men in Solebury Township.

Kratz's cousin, Cosmo DiNardo, has already been sentenced to four consecutive life sentences for the murders.