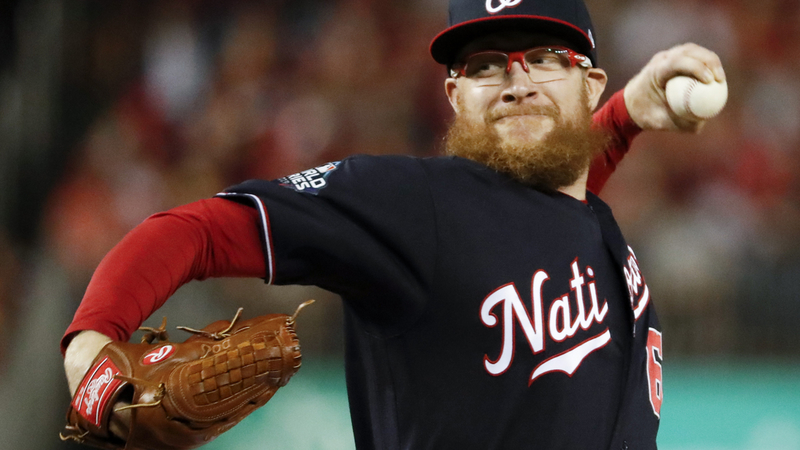 In an interview with the Washington Post, he said President Trump's rhetoric is the reason.

President Trump booed during Game 4 of the World Series on October 27, 2019.

Among other issues, Doolittle told the Post he feels "very strongly" about Trump's "issues on race relations."

He pointed to the Central Park 5, the Fair Housing Act and Trump's comments in the wake of a 2017 white nationalist rally in Charlottesville, Virginia.