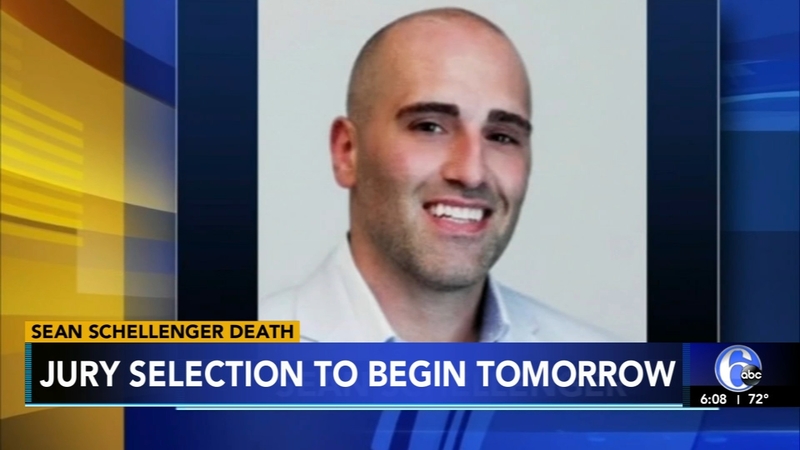 PHILADELPHIA (WPVI) -- Jury selection is set to begin Monday in the closely-watched case of Michael White, the 22-year-old who is accused of stabbing 37-year-old Sean Schellenger during a confrontation near Rittenhouse Square in July 2018.

White's attorneys have claimed he acted in self-defense.

Schellenger, a real estate developer, had a blood-alcohol level of .199 and cocaine in his system the night he crossed paths with White in the 1700 block of Chancellor.

The two started arguing and Schellenger moved toward White, who pulled a knife and held it at his side. They said Schellenger lunged at White, picking him up at the waist. Surveillance images allegedly show the moment White stabbed Schellenger in the back.


On Friday, District Attorney Larry Krasner announced he wanted to drop the third-degree murder charge against White, saying the jury is more likely to convict on the lesser charge of voluntary manslaughter.

In a statement to Action News, Schellenger's mother, Linda, says she is asking Krasner to leave the current charge of third-degree murder and manslaughter as they exist today and let the jury decide the appropriate level of guilt, as is her understanding of the process in the United States of America.

The judge is expected to rule before jury selection begins.